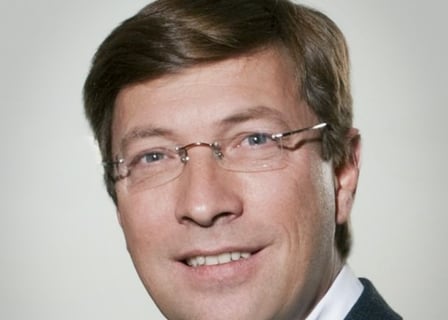 Syndax Pharmaceuticals and Incyte have both been hit by several oncology drug setbacks in the past year but are coming together with an R&D collaboration focused on a different target.

The pair has penned an exclusive, worldwide collab and license deal that will see them develop and, they hope, sell axatilimab, Syndax’s anti-CSF-1R monoclonal antibody in chronic graft-versus-host disease (cGVHD) as well as in additional immune-mediated diseases “where CSF-1R-dependent monocytes and macrophages are believed to contribute to organ fibrosis,” according to a statement.

It’s not the only biotech seeking new drugs against this problem, with Kadmon (now part of Sanofi after its $1.9 buyout|) over the summer getting an FDA approval for Rezurock (belumosudil), a first-in-class ROCK2 inhibitor, which nabbed that green light for a chronic form of GVHD, just as Syndax and Incyte will be gunning for.

The pair is, however, much further behind for any market rivalry. Syndax recently completed a phase 1/2 trial of axatilimab in patients with cGVHD, with new data from the phase 2 portion set to be dropped in the fourth quarter.

Enrollment continues in the ongoing global pivotal phase 2 known as AGAVE-201 of axatilimab on its own in patients with cGVHD, with top-line data expected in 2023.

The companies are also plotting new tests in patients with cGVHD next year, including a midstage trial that will see it wedded with a JAK inhibitor (it doesn’t not say which one) in patients with steroid-refractory cGVHD.

Beyond cGVHD, Syndax plans to kick-start a phase 2 proof-of-concept study of axatilimab “early next year” in patients with the lung-scarring condition idiopathic pulmonary fibrosis.

The nuts and bolts of the deal and its financials break down like this: Incyte will lead global sales activities for axatilimab across all indications, and both are locked in a 50/50 profit share in the U.S., with Syndax getting double-digit royalties on sales outside of the U.S. Syndax can also co-promote the med in the U.S., should it get FDA approval.

Syndax nabs a modest upfront worth $117 million, plus a $35 million equity investment, which will be purchased at $24.62 per share, a 30% premium on its Friday trading price, and could also grab $450 million in biobucks.

“This partnership has the potential to significantly expand and maximize the axatilimab program across multiple lines of treatment in chronic graft-versus-host disease (cGVHD), as well as additional indications in which the monocyte-macrophage lineage plays a vital role in the fibrotic disease process, such as idiopathic pulmonary fibrosis (IPF),” said Briggs Morrison, M.D., CEO of Syndax.

“Incyte is a proven leader in the development and commercialization of many important innovative therapies, including a treatment for GVHD. We are thrilled to be working alongside this talented and determined team to combine our expertise as we strive to provide new treatment options for patients in desperate need of effective interventions.”

“We are excited to partner with Syndax and for the opportunity to bring another potential treatment to patients with life-threatening conditions, like GVHD,” added Hervé Hoppenot, CEO at Incyte.

“Collaborations between companies like Incyte and Syndax, who are both dedicated to scientific advancement, contribute to the development of new innovative medicines that may benefit patient communities around the world.”

The deal comes after both have had problems in their cancer pipelines.

In the summer, Incyte was slapped with an FDA complete response letter for its experimental checkpoint inhibitor retifanlimab, with the U.S. regulator demanding a new trial.

Last year, Syndax was also forced to abandon filing with the FDA for a breast cancer indication of its class I HDAC inhibitor entinostat, after it flopped a key trial. Both will hope to have better luck in their new collab.

It’s already working wonders for Syndax’s shares, which were up 14% premarket Monday morning on the news.

After stints at Kite and Amgen, Roivant’s Sidhu heads to Brooklyn ImmunoTherapeutics as CMO