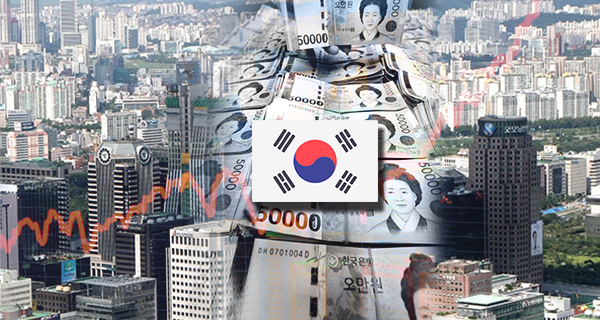 U.S. investment bank Morgan Stanley upgraded its stance on South Korean equities by one notch to “equal weight (EW),” citing attractive valuation, but it expected any immediate recovery in Korean equities would be unlikely.

“This is below the valuation trough of 0.97x in the 2008/09 cycle” in the wake of the global financial meltdown, according to the report. “The risk reward of Korea equities now appears more balanced despite the fundamental weakness in earnings outlook in the Korea tech space.”

Despite the upgrade, Morgan Stanley maintained its bearish view on Korean stocks for the near term, underscoring weakness in the auto, healthcare, and materials sectors, as well as a sign of overshooting in the semiconductor and tech hardware sectors that represent about 40 percent of MCSI Korea’s market capitalization. The bank expected uncertainties will remain heading into the first half of next year.

“Domestic macro conditions look weak and policy upside appears limited,” the bank said in the report, forecasting the Kospi would remain range bound between 2,000 and 2,200 in the next three to six months. After the Kospi briefly dipped below the psychologically-important 2,000 mark on Oct. 29 for the first time in nearly two years, it has been hovering around 2,100. On Monday, the Kospi ended at 2,083.02, up 1.2 percent from the previous session.

The upgrade on Korean equities comes along with the bank’s decision to double upgrade the overall emerging market to OW and raised Japan from EW to OW.

In its 2019 Global Strategy Outlook also released on Sunday, Morgan Stanley also said that the bear market is mostly complete for emerging markets in 2018 while it will continue in U.S. credit and begin for the U.S. dollar. Morgan Stanley remained “neutral” stance on equities, UW on credit, neutral on government bonds, and OW on cash.

The investment bank forecast U.S. equities and high-yield debts to underperform but remained positive on U.S. government bonds and emerging credit. It also projected the U.S. 10-year bond rate to fall to 2.75 percent by the end of next year, up 0.25 percentage point from six months ago.

Morgan Stanley also forecast the won-dollar exchange rate at 1,105 won in the second quarter of next year and 1,095 won in the end of next year. The U.S. dollar, meanwhile, is projected to hit its peak and underperform currencies of Europe, emerging markets, and Japan.

Pound Has No Will To Rise