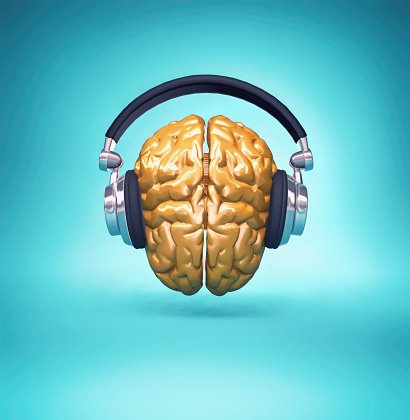 As a rare digital therapeutics company using a music-based system to treat neurological diseases, MedRhythms certainly marches to the beat of its own drum. It’s hoping a similar strategy will work to improve movement in patients with chronic stroke, multiple sclerosis, Parkinson’s disease and more.

MedRhythms’ technology relies on a combination of music, sensors and artificial intelligence to target the link between the auditory and motor systems of the brain, a technique called “entrainment” that aligns motor functions with an external rhythm.

Though the system has yet to receive regulatory approval for widespread use of its musical therapy, the FDA did grant the technology its breakthrough device designation in June 2020, ensuring an accelerated path through the review process.

In the meantime, MedRhythms’ work has clearly struck a chord, as evidenced by the $25 million funding round it recently closed. The series B was co-led by Morningside Ventures and Advantage Capital and brings the startup’s lifetime funding to $34 million.

The financing is undoubtedly music to MedRhythms’ ears. It’ll support the Maine-based company’s efforts to commercialize its flagship product, which is designed to improve walking deficits in chronic stroke survivors.

MedRhythms will also use the funding to grow its staff and expand its technological pipeline into other neurological diseases, including MS, Parkinson’s, acute stroke and Alzheimer’s, as well as fall prevention for older individuals living on their own.

“MedRhythms is at the forefront of the next generation of digital therapeutics and is transforming healthcare which will improve the lives of millions of patients worldwide,” Chris Harris, principal at Advantage Capital, said in a statement. “The company’s leadership position and its breakthrough digital therapeutics pipeline makes MedRhythms a pioneer in the industry.”

The company’s technology works in a closed-loop: As sensors attached to a patient’s shoes collect data about their gait, AI algorithms continuously analyze that information to determine the most effective rhythmic cue to simultaneously stimulate the brain’s auditory and motor systems. The platform then feeds that music into the patient’s ears through headphones, essentially re-training the brain to align the body’s movement with the rhythm of the music—and the entire process repeats.

Early results of a small feasibility study of the technology’s impact on chronic stroke patients showed that all 11 of the participants at one trial site experienced increased walking speeds after at least one training session with the system, and about 70% said they would be willing to continue using it most or all of the time while on their own at home.

Additionally, those who used the system more than once saw their walking speeds increase by an average of about 0.12 meters per second after just three sessions.

In addition to that study, which is still ongoing and has been expanded to include eight trial sites, MedRhythms also recently launched clinical trials of its music-based system for use in improving movement in patients with acute stroke, Parkinson’s and MS.

The studies are all taking place at and in partnership with major research centers, including Cleveland Clinic, Boston University and UMass Memorial Healthcare.

Gilead-partnered Teneobio and its next-gen cancer work snapped up by Amgen for $2.5B