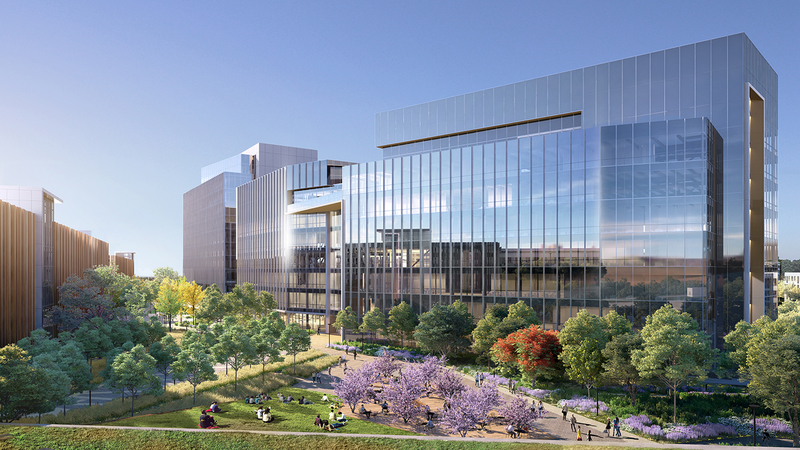 Just two months after getting a swift approval for its closely watched KRAS lung cancer drug Lumakras, Amgen is not resting on its laurels and has penned a major new buyout deal to further boost its oncology pipeline.

The biopharma is putting $900 million down upfront, with $1.6 billion in biobucks on the table to snap up Teneobio and its suite of bispecific and multispecific antibody technologies that are focused on cancer and other disease targets.

“The acquisition of Teneobio will strengthen our ability to develop innovative medicines to treat patients with serious illnesses and to bring to market best-in-class products, particularly with respect to multispecific and bispecific medicines directed against targets in a wide range of diseases across our core therapeutic areas,” said David M. Reese, M.D., executive vice president of research and development at Amgen.

“Teneobio’s antibody platform complements our existing capabilities and could potentially give us a more diverse set of building blocks that can be developed into new multispecific therapeutics. In addition, the availability of Teneobio’s CD3 engager technology will allow us to broaden our capabilities in generating bispecifics, and with our own technology, enable customization of the T cell engaging domain of the molecules depending on the disease and target.”

The deal comes amid a mini M&A spree for Amgen, which in March added an arrow to its anti-inflammatory quiver with its buyout of Seattle’s Rodeo Therapeutics for $55 million upfront, plus another $666 million in biobucks if Rodeo’s assets live up to their hype.

And just a few weeks before that, it spent $1.9 billion to buy out Five Prime Therapeutics and its GI cancer drug bemarituzumab. These all come after a very quiet few years for deals coming out of Amgen, its last major one being in 2013 for Onyx (which in fact turned out to be a flop).

“The Teneobio team is enthusiastic about joining forces with Amgen, a pioneer of biotherapeutics. Amgen’s R&D resources and its extensive clinical experience in immuno-oncology are ideally suited to applying and advancing Teneobio’s differentiated technologies and multispecific antibodies to deliver transformative medicines,” added Roland Buelow, Ph.D., CEO of Teneobio.

“Over the last five years, Teneobio developed leading-edge expertise in efficiently engineering differentiated multispecific and bispecific therapeutics for numerous indications with potentially better safety, efficacy and pharmacokinetic profiles than the first generation of T-cell engagers. Together, we share a focused commitment to rapidly discover, develop and deliver novel and meaningful disease-modifying multispecific antibodies to patients in need.”

The deal is slightly complicated by the fact that Amgen rival AbbVie had, just last month, bought out a spinoff from the biotech, TeneoOne, which includes TNB-383B, an anti-CD3/BCMA bispecific for the treatment of relapsed or refractory multiple myeloma.

Amgen said that before it closes the deal, three Teneobio affiliates will now be spun off to Teneobio’s existing equity holders, namely: TeneoTwo, (which works on an anti-CD19/CD3), TeneoFour (focused on anti-CD38 enzyme inhibitor) and TeneoTen (working on anti-HBV/CD3).

Also involved is Gilead/Kite Pharma, which last spring saw Kite license a suite of antibodies from Teneobio that target BCMA, including a phase 1 study for multiple myeloma at the National Cancer Institute.

The pair will also use Teneobio’s human heavy-chain antibodies (UniAb) platform to discover antibodies for up to four more targets to be used in CAR-T treatments for multiple myeloma.