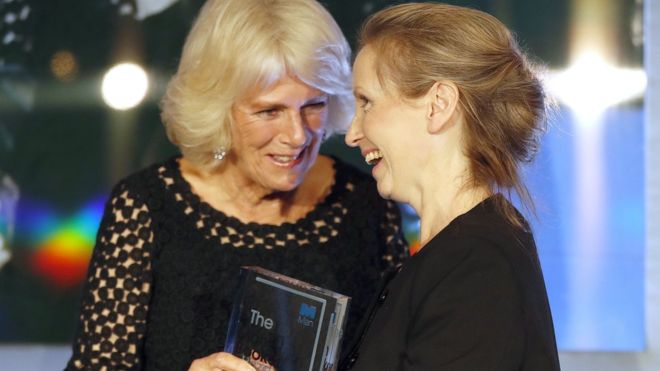 Britain’s most famous literary award is looking for a new sponsor after hedge fund Man Group said it would end its support after 18 years.

The UK-based financial giant said its annual £1.6m backing of this year’s Man Booker Prize would be its last.

The link between the hedge fund and the literary world has not always been smooth, with novelist Sebastian Faulks last year calling the firm “the enemy”.

Man Group said in a statement it had been a privilege to sponsor the prize.

But the BBC’s arts editor, Will Gompertz, said relations between Man Group and Booker organisers had been strained for some time, with a company source suggesting they felt underappreciated.

Mr Gompertz said: “The news will come as a disappointment to the Booker Prize Foundation, which is said to be confident of finding a new sponsor at a time when the corporate market is far from buoyant.”

The annual contest for the best book written in English and published in the UK was first awarded in 1969, with prize money of £5,000.

In recent years Man Group’s link with the award has been uneasy. Originally, entries were restricted to British, Irish and Commonwealth authors.

In 2014, the award was opened to other writers, and since then two out of five winners have been American.

Peter Carey, who twice won the award, was critical of the rule change, saying the prize could lose its “cultural flavour”.

And last year, Mr Faulks, whose best-sellers include Birdsong, described the award as “irritating” and called Man Group “the enemy”.

He told a podcast that the hedge fund was “not the sort of people who should be sponsoring literary prizes; they’re the kind of people literary prizes ought to be criticising… I wouldn’t feel happy about accepting money from them”.

Man Group’s chief executive, Luke Ellis, shot back, saying: “His comments… come at a time when the arts are experiencing an unprecedented withdrawal of public funding.

“Literature and the arts need their champions to step in where public money has been pulled out.”

Man Group said it had donated about £25m in support for prizes and charitable activities during its sponsorship.

The Booker Prize Foundation said it is in discussion with a new sponsor, and is “confident that the new funding will be in place for 2020. In the meantime the two prizes [the Man Booker and the Man Booker International] will run as usual this year”.

The company’s statement, which made no mention of any criticism, said it would spend the sponsorship money on another project, to “promote and improve diversity and inclusion at the firm and across the financial services and technology industries more broadly”.

Helena Kennedy, chair of the Booker Prize Foundation, said: “We would like to put on record the Foundation’s appreciation of Man Group’s sponsorship.

“However, all good things must come to an end and we look forward to taking the prizes into the next phase with our new supporter.”

The relationship between the Man Group and the Booker Prize organisation has been strained for some time, according to a senior individual connected to the hedge fund.

He said it felt the team behind the annual book award could have communicated more effectively and been more collaborative given the amount of money it was investing in the sponsorship.

The news will come as a disappointment to the Booker Prize Foundation, which is said to be confident of finding a new sponsor at a time when the corporate market is far from buoyant.

It has the advantage of a high media profile maintained by the significant coverage the prize enjoys. But there are problems, too. Sponsors hate negative publicity, which the prize has attracted recently having broadened its scope to include all novels published in English, in the UK.

There is also the issue of brand recognition, which is very important to a sponsor but hard to achieve. It is made that bit more difficult in this instance, as the original sponsor (Booker Group), has become the official name of the prize.

‘Get a Grip on Brexit’, Businesses Tell UK’s Quarrelling Politicians