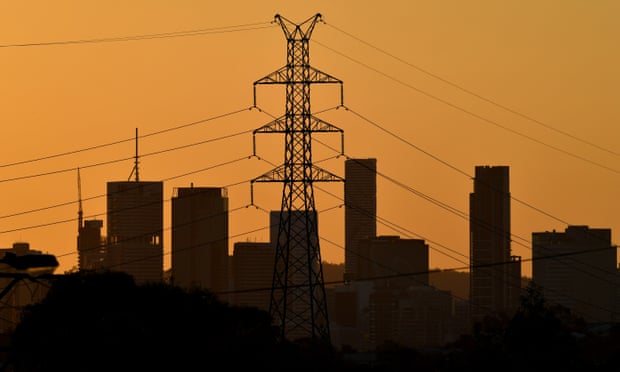 Large industrial energy users have revolted against the Coalition’s proposed “big stick” powers to break up electricity companies, warning they would decrease investment and increase prices.

The Energy Users Association of Australia has warned a Senate inquiry that “populist policies do not address the fundamental reasons for high electricity prices”, concerns echoed by the Australian Industry Group and the Grattan Institute.

The Morrison government introduced the energy market misconduct bill in December, promising that the threat of breaking up power companies would force them to pass on savings to consumers and refrain from activity that manipulates prices or substantially lessens competition.

The EUAA, which represents large industrial and commercial energy users, told the Senate economics committee it was “very concerned” the bill would have the opposite effect.

“Driving down prices for any market requires investment,” it said. “Investors require clear, stable and predictable rules so that they have the necessary confidence to make those investment decisions. This legislation will only lead to increased investment uncertainty and prices.”

The AiGroup questioned the need for further powers “given their vagueness and the comprehensive range of existing legislative prohibitions to address any misuse of market power”.

The peak body, which represents both energy suppliers and users, argued the bill was a “disproportionate intervention” that “would have an adverse impact on sustainable and effective investment in the electricity sector, thereby harming the long-term interests of energy consumers”.

The AiGroup noted that the Australian Competition and Consumer Commission had labelled divestiture powers an “extreme” measure and did not recommend the powers in its landmark electricity market report, released in July.

The AiGroup criticised the Coalition for abandoning the emissions reduction element of the national energy guarantee, stating that the move in the dying days of the Turnbull government had “deepened uncertainty”.

The Grattan Institute warned against a “short-term ‘company bashing’” approach, warning the bill “will not deliver significant cost savings”.

That is because “none of the identified forms of misconduct is a major contributor to high consumer prices”, it said.

The Grattan Institute cited the ACCC’s finding that its proposed power price fixes could lower prices by 20-25% but savings attributable to the new law would be in the order of $33 to $58 per year, or 2.3 to 3.4% per residential consumer.

The Grattan Institute said the government had failed to produce evidence of retailers engaging in “market misconduct”.

“Nor has it explained why, if the concern is justified, it would not apply more broadly to sectors such as banking, petrol and supermarkets,” it said.

In December energy companies warned the bill may not be constitutional and Liberal MPs raised concerns internally that it is too great an intervention in free markets.

The government agreed to water the bill down by giving courts – not the energy minister – the power to break up companies, and stipulating that a recommendation from the competition watchdog would be required.

In the final sitting week of parliament the treasurer, Josh Frydenberg, appeared to secure enough crossbench MPs’ votes to pass the bill, but a procedural delay prevented the bill passing the lower house.

The Coalition will have only a few sitting weeks to get it through both the house and Senate, where Centre Alliance may amend the divestiture powers to widen their reach to the grocery duopoly of Coles and Woolworths.

The Greens also plan to amend the legislation to rule out use of public funds for new coal-fired power stations, a plan that was supported by Labor when proposed in a separate bill.

The mistake that led to a £1.2bn business