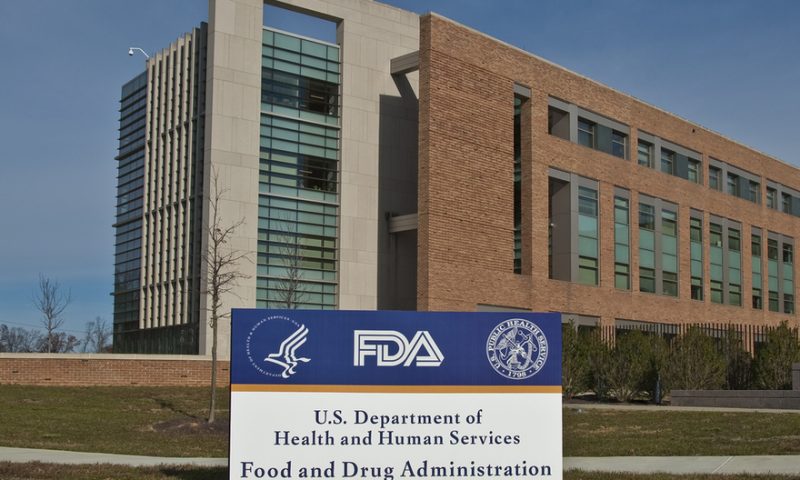 FDA staffers recently flagged multiple concerns around Mallinckrodt’s terlipressin for a type of kidney failure, including whether meeting the surrogate endpoint in its phase 3 study actually translated to patients living longer or faring better. Still, an FDA panel narrowly backed its approval in an 8-7 vote.

The panel vote is not binding, but the FDA tends to follow committee recommendations. A recent exception is Akcea Therapeutics’ volanesorsen, which the agency rejected after an advisory panel voted with a wider margin (12-8) in favor of its approval.

Mallinckrodt is seeking a nod in hepatorenal syndrome type 1 (HRS-1), a quickly progressing kidney disease that affects people with cirrhosis. It can lead to life-threatening kidney failure within days and can only be cured with a liver transplant, which addresses the liver disease and its effects on kidney function.

The phase 3 study tested terlipressin against placebo in 300 patients, finding that the drug met its primary endpoint, reversing HRS in 29% of patients compared with 16% for placebo. Contrary to its curative-sounding name, “reversing” the disease actually means getting patients’ levels of creatinine—which kidneys are supposed to filter out of the blood—down below a certain threshold and keeping patients alive without renal replacement therapy (RRT)—including dialysis, hemofiltration and kidney transplant—for at least 10 days after meeting the creatinine requirement.

In briefing documents released ahead of the meeting, FDA staff asked if “terlipressin’s effect on verified HRS reversal is accompanied by treatment effects on clinical outcomes,” including how long patients lived without needing RRT and how long they had to stay in the intensive care unit. The agency was also interested in post-transplant outcomes—that is, if patients who had undergone a liver transplant and taken terlipressin lived longer or had better kidney function.

Multiple members of the Cardiovascular and Renal Drugs Advisory Committee did not see that connection.

“I voted no because I see evidence of benefit with regard to the surrogate endpoint, but I don’t see evidence that surrogate benefit translates into meaningful clinical benefit, given the flaws in the way the sponsor has analyzed the data,” said Thomas Cook, Ph.D., a professor in the Department of Biostatistics and Medical Informatics at the University of Wisconsin-Madison. “I don’t see the potential for the benefit offsetting what looks like pretty clear evidence of risk.”

“I acknowledge that risk tolerance should be lower in diseases with worse outcomes; however, that should be in the context of seeing clear clinical benefits. That bar, in my opinion, is not met in this particular situation,” Javed Butler, M.D., a professor of medicine at the University of Mississippi, said.

Those who voted in favor of terlipressin’s approval underscored the seriousness of HRS-1 and that it has no approved therapies.

“I voted yes to approve, but I also wrote in, ‘but barely,’” Paul Ridker, M.D., a cardiologist at Brigham and Women’s Hospital, said.

“As someone not called upon to treat these patients in a long time, it sounds to me that not much has changed since I did general internal medicine quite a few years ago. That bothers me,” Ridker added. “It is an enormous unmet need and patients are clearly in quite desperate shape… This is a bad disease and maybe a little bit is better than nothing.”

“This therapy helps to address a major gap in care for a segment of a rare disease community that does not have sufficient treatments other than transplant—and many people die waiting for those transplants,” said Jacqueline Alikhaani of the American Heart Association, the committee’s consumer representative.

Multiple panelists expressed hope that the drug’s risks could be managed with appropriate strategies, but others took issue with the fact that the risk mitigation strategy was created after the fact and wasn’t actually used during the study.

“I voted no with anxiety and would have loved to vote yes,” said Patrick Nachman, M.D., a professor in the division of nephrology and hypertension at the University of Minnesota. “I recognize that the study drug, terlipressin, seems to be associated with improved short-term renal function. However, there is also clear evidence of risk of harm through sepsis and respiratory failure, and I don’t think we have a good understanding of the mechanism of these risks of harm. Therefore, I don’t think we know how to mitigate them effectively.”

“I’m also not convinced the mitigation measures proposed would be effective or would be implementable,” Nachman added.

One panelist pointed to the desperation for a drug in rare diseases.

“I agree with everyone that this is an important unmet need. My colleagues want it. I want it. My boss was public speaker No. 4 and he wants it. I just don’t think the data are clear for a signal for global benefit over risk,” said Steven Solga, M.D., a professor of clinical medicine at the University of Pennsylvania.

“With sick patients and few options, the tendency is to grope for something, to do something rather than not having something. That can lead to a lower barrier for entry… I worry that in the long run, it doesn’t actually fix anything,” Solga added.

For his part, Daniel Bonner, the committee’s patient representative, said that the choice to take such risks should be up to the patients. Having received a liver transplant 15 years ago and taken a highly toxic anti-rejection drug, Bonner said that patients should be able to weigh a medicine’s complications with the possibility of having more time.

“I think the medical community has the obligation to educate me on what the risks are and [I should] make the decision for myself if that medicine is appropriate for me or not,” he said. After all, “the alternative is potential death.”