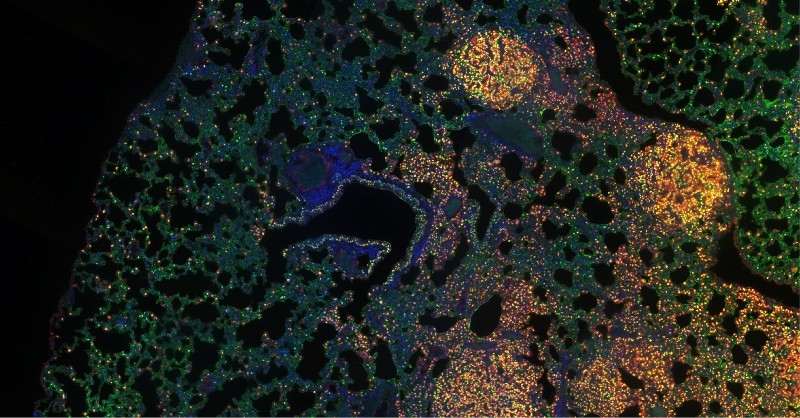 As cancer cells evolve, their genes change in ways that lead tumors to become more aggressive and to spread throughout the body. While studying that process, scientists at the Massachusetts Institute of Technology and Harvard University discovered a protein that, when elevated in human lung tumors, portends a negative outcome—a finding that could point to new diagnostics and maybe even drug targets, they believe.

The protein, called RUNX2, is known as a “transcription factor” because of its role in turning genes on and off to regulate the production of other proteins. The researchers identified RUNX2 as a key player in aggressive lung cancer while mapping out the changes that occur in cells’ chromosomes as tumors metastasize. They reported their findings in the journal Cancer Cell.

The structural changes that occur in the proteins, DNA and RNA in chromosomes are referred to as “chromatin” or “epigenomic” states. The MIT-Harvard team defined 11 such states that cancer cells can go through as they evolve into more aggressive forms of the disease.

The researchers discovered that as the chromatin structure changed in tumor cells, those cells were able to leave the primary tumor site and spread to other locations in the body. RUNX2 played a big role in controlling that process.

“We believe [premetastatic cancer cells] undergo an epigenetic change in the primary tumor that allows them to become migratory and then seed in a distal location like the lymph nodes or the liver,” said MIT postdoc and lead author Lindsay LaFave, Ph.D., in a statement.

But designing medicines that target transcription factors is challenging, the MIT and Harvard researchers acknowledged, because they typically lack “docking sites” for drugs. So the team is looking for enzymes involved in chromatin changes that may be easier to block with drugs, LaFave said.

In the meantime, RUNX2 could be used in lung cancer diagnostics, the researchers suggested. Not only did high levels of the protein predict poor outcomes in their study, but low levels of it corresponded with favorable prognoses. “This suggests that you can use these single-cell gene regulatory networks as predictive modules in patients,” LeFave said.