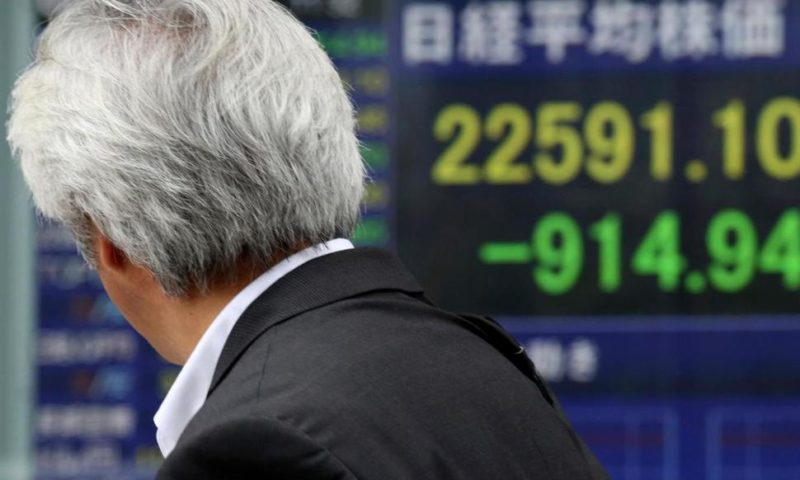 Asian markets are broadly lower after Wall Street slumped on a heavy selling of technology and internet stocks.

SINGAPORE — Asian markets were broadly lower on Thursday after Wall Street slumped on a heavy selling of technology and internet stocks.

Investors are wary of possible further U.S. interest rate hikes. That will raise the cost of corporate borrowing and could drag on economic growth.

The U.S. Federal Reserve recently raised short-term interest rates for the third time this year, with one more expected before the year ends. Strong economic data and a positive outlook from Fed officials have led to a sell-off in U.S. Treasury bonds, particularly longer-term ones, sparking concerns about even higher interest rates.

On Wednesday, President Donald Trump said the Fed “is making a mistake” with its campaign of rate increases. “I think the Fed has gone crazy,” he charged.

Stephen Innes of OANDA said that Trump’s comments have put pressure on the dollar but “the severity of this equity rout could bring the hawkish Fed narrative into question.”

“If the Feds are crazy, this market reaction is bordering on insanity, as so many negative crosscurrents collide that is merely impossible to find a glint of optimism,” he added.

Sentiment also has been dampened by the spreading U.S.-Chinese tariff fight over Beijing’s technology policy. The International Monetary Fund cut its outlook for global growth this week, citing interest rates and trade tensions.

This bank fee has risen 53% over the last decade

Ethnicity pay gap: Firms may be forced to reveal figures