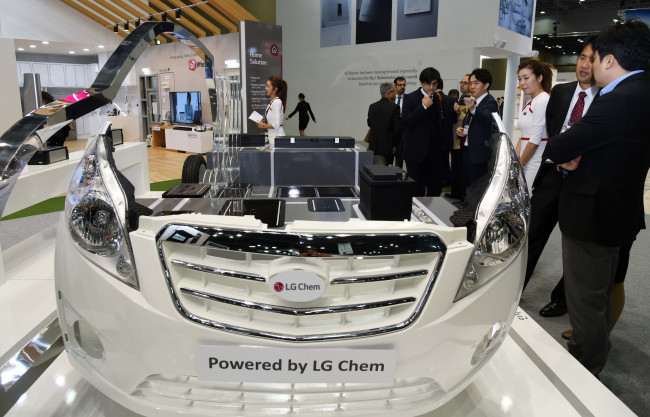 Its medium- and large-sized battery business is worth 7.9 trillion won and is closing in on CATL, worth 28.8 trillion won, with competitive pricing and aggressive investments. Strong cylinder-shaped batteries and stabilizing EV batteries will propel profit rise next year. In the domestic basic materials sector, it will cement its leading position. In addition to having the largest manufacturing capacity for petrochemicals, it has built a stable product portfolio that saddle on both medium and downstream categories. Trade conflict between the US and China, however, has been shrinking demand and undermining profits, said analyst Son Yeong-ju.

The company has know-how in cost cutting as shown by the success in batteries and polarizers, Bolstered by its cash-generating capacity, it will invest in new growth engines and differentiate itself in terms of corporate value, said the analyst.

How to decide whether you need an equities ‘reset’

Local equities weighed down by rout in oil markets