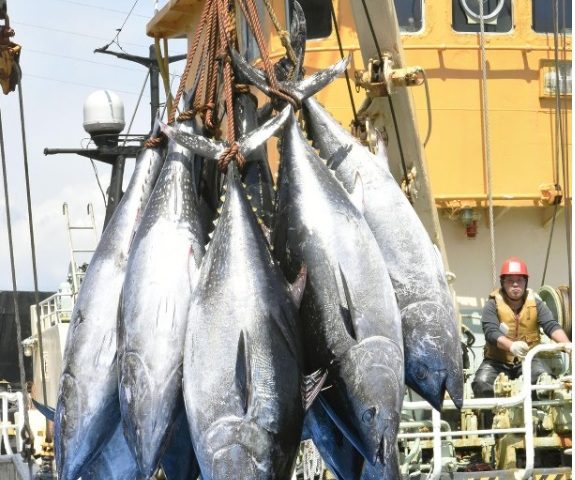 Japan – Japan’s fishing quota for Pacific bluefin tuna, popular fish for sushi and sashimi, will remain at the current level next year after an international fisheries commission rejected Friday Tokyo’s proposal for an increase at a recent meeting.

At a four-day meeting in Fukuoka that ended the same day, the Northern Committee of the Western and Central Pacific Commission did not approve Japan’s proposal for a 15 percent increase in national quotas in the face of opposition from the United States and the Cook Islands.

Those two countries argued depleted Pacific bluefin tuna stocks have not recovered sufficiently and it is too soon to allow quota increases.

The committee also could not reach a consensus on another proposal by Japan — introducing a system allowing nations to carry over to the following year a certain amount of what remained if they did not reach their annual catch limit.

“We wanted to alleviate the hardship of people in the fishing industry, so it was very regrettable,” said Shingo Ota of the Fisheries Agency, who headed the Japanese delegation to the talks.

Japanese fishermen have been calling for a quota increase since 2015 when restrictions on bluefin tuna fishing were imposed.

According to the stock assessment by the International Scientific Committee for Tuna and Tuna-Like Species in the North Pacific Ocean, the stock of large Pacific bluefin tuna with breeding capability dropped to about 12,000 tons in 2010 from a peak of 170,000 tons in 1961.

Since it had recovered to around 21,000 tons in 2016, the Fisheries Agency proposed raising quotas, based on its projection that the WCPFC’s provisional recovery target of about 43,000 tons will be reached even if quotas were increased by 15 percent.

As part of efforts to protect the population of Pacific bluefin tuna, the commission adopted quotas which require halving of catches of small fish weighing less than 30 kilograms from the 2002-2004 average level, and maintained the catch level for large fish weighing 30 kilograms or more.

Next year’s session of the WCPFC’s Northern Committee will be held in the United States.

Over 50 Sheep die after bear attack