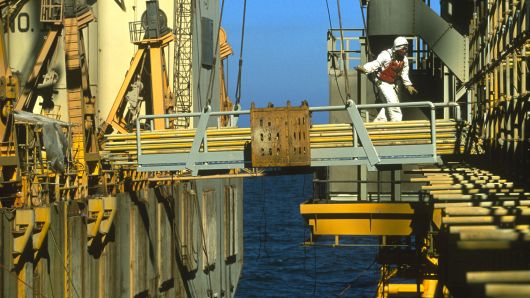 Saudi Arabia wants oil to stay between $70 and $80 a barrel for now as the world’s biggest crude exporter strikes a balance between maximizing revenue and keeping a lid on prices until U.S. congressional elections, OPEC and industry sources said.

After announcing the flotation of Saudi Aramco in 2016, the kingdom began pushing for higher crude prices partly to help maximize the valuation of the state oil company ahead of an initial public offering (IPO), originally scheduled for 2018.

That changed in April when the U.S. President put public pressure on Riyadh to keep crude prices in check, wanting to stop U.S. fuel costs rising ahead of the U.S. midterm elections in November.

Now, even though the IPO has been shelved, Saudi Arabia still wants to keep oil prices as high as possible without offending Washington, the sources said. Saudi needs cash to finance a series of economic development projects.

OPEC and Saudi Arabia do not have an official price target and are unlikely to adopt one formally.

“The Saudis need oil at about $80 and they don’t want prices to go below $70. They want to manage the market like this,” one of the sources told Reuters.

“They need cash. They have plans and reforms and now the IPO is delayed. But they don’t want anyone else talking about oil prices now. It’s all because of Trump,” the source said.

An informal target of $70 to $80 raises the prospect of Saudi Arabia making regular tweaks to its output to influence the cost of crude as the market responds to other factors affecting global supply and demand.

One industry source said it may have done precisely that last week. With Brent heading towards $80 a barrel, Saudi Arabia told the market about an increase in its production last month sooner than it would have usually released such information, the source, who follows Saudi output policy, said.

“The Saudis will probably put a few more dampening signals out, given where prices have gone,” the industry source said.

OPEC U-turn
The aspiration for $70 to $80 is similar to that of other producers within the Organization of the Petroleum Exporting Countries. Algeria, for example, says it sees $75 as fair. “Everybody has been talking about these kinds of numbers,” said an OPEC delegate from outside the Gulf.

Earlier this year, Riyadh hoped to see oil prices above $80 and was ready to continue with a supply cut pact until the end of 2018, only to make a U-turn after Trump called on OPEC in April to boost supplies.

Riyadh has long been a close Washington ally. But ever since Trump became president in 2017, Saudi Arabia has become even more sensitive to U.S. requests and both countries have coordinated policy more closely than under Trump’s predecessor.

In June, for example, OPEC agreed with Russia and other oil-producing allies last month to raise output from July — with Saudi Arabia pledging a “measurable” supply boost.

Saudi industry sources briefed the market about record oil production in which Aramco was planning to pump 10.6-10.8 million barrels per day (bpd) in June and as much as 11 million bpd in July, the highest in its history.

‘Difficult task’
The plan to boost output to record highs had been driven mainly by worries of a sudden supply shock after U.S. officials said Washington aimed to reduce Iran’s oil revenue to zero, the sources said.

But since then, Washington has said it would consider waivers on Iranian sanctions and worries about a trade war between Washington and Beijing have threatened to hit future demand for oil, the sources said.

In an August report, the Oxford Institute for Energy Studies said Saudi Arabia was trying to manage the Brent price within a very narrow range of $70 to $80 — and it was not an easy task.

It said the strategy was mainly to put a ceiling on crude amid concerns about the impact of high prices on demand as the trade war between Washington and Beijing escalates — and to keep a floor under prices to maintain revenues and market stability.

This echoes Saudi price aspirations from a decade ago, when the kingdom identified $75 as a fair price. This held for a few years, only to be dropped as prices moved much higher.

“Striking a balance between the various objectives, and doing it within a narrow price range, is an extremely difficult task given the wide uncertainties and the different shocks hitting the oil market,” the Oxford Institute’s note said.

“Saudi Arabia is in need of flexibility in its output policy.”