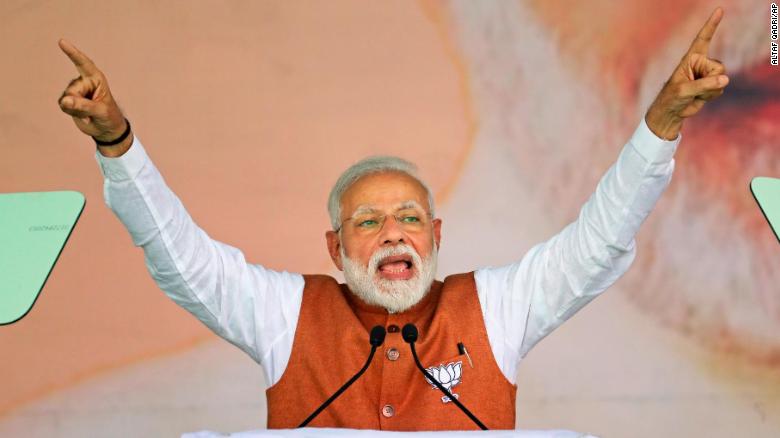 New Delhi – The United States has been tightening the screws on several allies in an escalating global trade battle. India is its latest target.

President Donald Trump on Friday announced the South Asian country’s removal from a special trade program, saying it had “not assured the United States that India will provide equitable and reasonable access to its markets.” The program, known as the Generalized System of Preferences, exempted Indian goods worth more than $6 billion from import duties in 2018, according to the Congressional Research Service.

Here’s what’s at stake, and why the two countries still need each other.

Why India needs the United States

One of President Trump’s biggest priorities has been reducing the United States’ trade deficits with countries around the world, and its $142 billion trading relationship with India is skewed in favor of India.

India exported goods worth around $54 billion to the United States in 2018 and bought $33 billion worth of American goods, according to US government data.

And the goods that do come into India are subject to duties that can be as high as 150%. Trump has repeatedly slammed India’s tariffs on products like motorcycles and whiskey, and his decision to revoke trade privileges for India followed complaints from American dairy farmers and medical device manufacturers that tariffs were hurting their exports.

Another source of friction is the Trump administration’s crackdown on H-1B work visas used by the US tech industry, the majority of which go to Indian workers. The crackdown has impacted companies like TCS, Infosys (INFY) and Wipro (WIT) in India’s huge outsourcing industry, which is another big driver of bilateral trade. Trade in services between the two countries totalled $54.6 billion last year.

But India still needs the United States, currently its second-largest trading partner behind China. It has postponed tariffs on US goods worth more than $200 million several times in recent months — a retaliation for US tariffs on Indian steel and aluminum imposed last year — as it continues to try and find a resolution.

The Indian government on Saturday called the US move to end its trade exemptions “unfortunate,” but said it would continue to try and fix bilateral ties.

“In any relationship, in particular in the area of economic ties, there are ongoing issues which get resolved mutually from time to time,” it said in a statement. “We view this issue as a part of this regular process and will continue to build on our strong ties with the US.”

Why the United States needs India

While India is only the United States’ 9th largest goods trading partner, its massive market presents a prize that US businesses can scarcely afford to ignore.

But the Indian government, led by Prime Minister Narendra Modi, imposed restrictions this year that will make it harder for many of those companies to do business in the country.

Other stringent requirements on foreign retailers have hurt firms like Apple (AAPL), which continues to struggle to sell iPhones and open its stores in India. But CEO Tim Cook has said he remains “very bullish” on the Indian market.

US Secretary of Commerce Wilbur Ross criticized the latest regulations during a recent visit to New Delhi, saying that “trade relationships should be based on fairness and reciprocity.”

Modi’s government attracted record levels of foreign investment during his first five-year tenure as India’s leader. That inflow of funds tapered off recently, however as Modi courted local business owners that form a key part of his political base ahead of the country’s national election last month.

The ploy appears to have worked, and the Indian leader won re-election by a huge margin. Overseas investors and companies will be waiting to see whether the country’s growing protectionism persists in his second term.

“Leaders on both sides must keep in mind that these are short-term bumps that must be avoided, even if they incur some level of political cost,” Richard Rossow, a senior adviser and India expert at the Center for Strategic and International Studies, wrote in a recent note.

“It is imperative that our two governments convene quickly to assess these roadblocks on the horizon and work hard and effectively to ensure the relationship succeeds,” he added.

US business groups are also urging the two sides to resolve their differences, with the US-India Business Council speaking out against the decision to remove India from the GSP.

The preferential trade program “provides important benefits for both India and the United States,” Nisha Biswal, the council’s president and a former State Department official, said on Twitter Saturday.

“These issues can be better resolved through continued dialogue and engagement,” Biswal added.