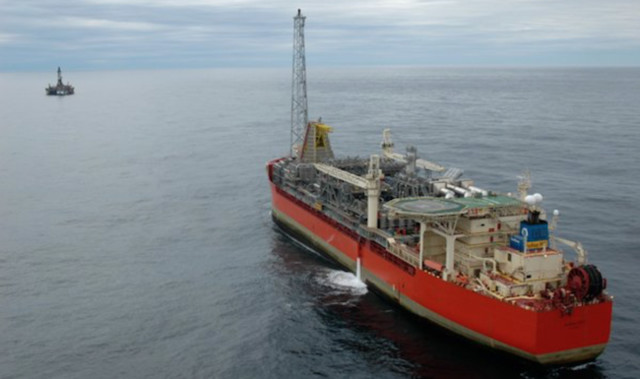 The huge spill of oil, water and gas happened while Husky Energy’s SeaRose platform was preparing to restart production during a fierce storm that was, at the time, the most intense in the world.

In a statement Monday, the company says it is “deeply sorry” for the incident and is committed to learning from it and putting measures in place “to ensure it doesn’t happen again.”

On Friday, Husky submitted its preliminary report on the Nov. 16 spill, stating that it appears that a flowline connector failed near the South White Rose Extension drill centre — about 350 kilometres east of St. John’s.

The company says the initial release occurred during the 20 minutes that crews were troubleshooting a drop in flowline pressure, and a retest led to a second release lasting about 15 minutes.

The regulatory board that oversees the province’s offshore activities has said it’s now impossible to clean up the oil spill.

Scott Tessier, chief executive of the Canada-Newfoundland and Labrador Offshore Petroleum Board, said no oil sheens were spotted on the water, meaning the oil has likely broken down to the point that it cannot be cleaned up.

Illegal mining in Amazon rainforest has become an ‘epidemic’