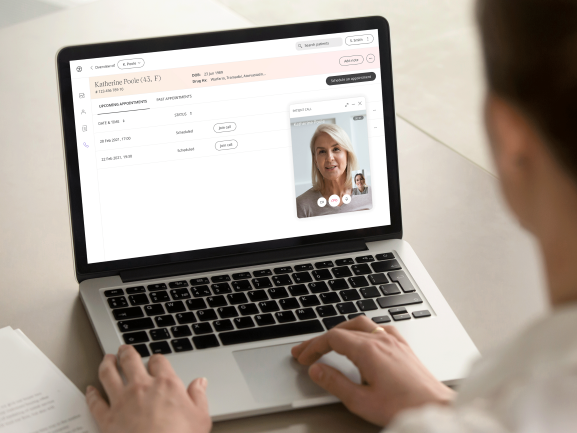 After a turbo-charged 2020 that saw Huma launch a variety of remote monitoring and clinical trial partnerships to track and treat COVID-19, resulting in its being named Europe’s fastest-growing healthcare company, the London-based startup is doubling down on that growth.

Literally. While Huma originally planned to raise a maximum of $100 million in its series C, CEO and founder Dan Vahdat told Fierce Medtech in an interview, the funding round closed this week with double that amount.

Huma—originally founded in 2011 as Medopad—will receive $130 million up front from a group of investors led by Leaps by Bayer and Hitachi Ventures. The group also includes Samsung Next, Sony Innovation Fund, Unilever Ventures and HAT Technology & Innovation Fund.

The investors have also committed another $70 million to the funding round. In a twist, those funds will become available to Huma only as its new shareholder partners—rather than the startup itself—reach certain milestones, Vahdat explained. The role reversal was a deliberate choice by Huma not only to align all of its partners around the same goal but also to ensure that each of those partners brings something tangible to the table.

“Talking about adding value is one thing, but actually doing it is something else,” Vahdat said.

That philosophy holds true through Huma’s plans for the new funding. The company still had most of its late 2019 $25 million series B left when it began recruiting series C partners, so it initiated the latest fundraising in part to enhance its viability as a long-term partner, rather than simply padding its bank account.

“Healthcare systems and governments are relatively conservative—for good reason—and they want to work with partners who they know are going to be around and can support them,” he said. “Now, we can offer that confidence and trust so that organizations can more easily partner with us for, say, 10 years, rather than just a pilot or a three-year engagement.”

Of course, Huma will also use the funding to accelerate further development of its platform and expand and strengthen its geographical reach, which currently spans the U.S., the United Arab Emirates, Australia and parts of western Europe.

Huma’s software analyzes patients’ health data collected through a smartphone app and wearable devices, including vital signs like pulse and heart rate, self-reported symptoms and information gathered through virtual consultations with clinicians. The platform is used by healthcare providers to provide “hospital at home” telehealth services to patients with complex conditions and by life sciences companies to facilitate virtual clinical trials.

During the coronavirus pandemic, Huma’s technology has helped hospitals in the U.K. and Germany monitor COVID patients remotely and is also being used to track the health of participants in vaccine trials and in research into early indicators of the virus.

All of those fundraising aims feed into Huma’s overarching mission to construct an entire ecosystem of healthcare providers, payers and companies in the pharmaceutical, life sciences and medtech industries, all focused on the singular goal of improving “proactive, predictive care,” according to Vahdat.

To build this ecosystem, Vahdat issued an invitation to any organization with an idea for how to achieve that goal to join forces with Huma, whether as a formal partner or simply an ally in the pursuit of new technologies to improve health outcomes.

“We simply don’t believe a single company can bring the kind of impact that we wish for, but by collectively working together we have a much better shot,” he said. “If the collective of the ecosystem is successful, then everybody wins.”