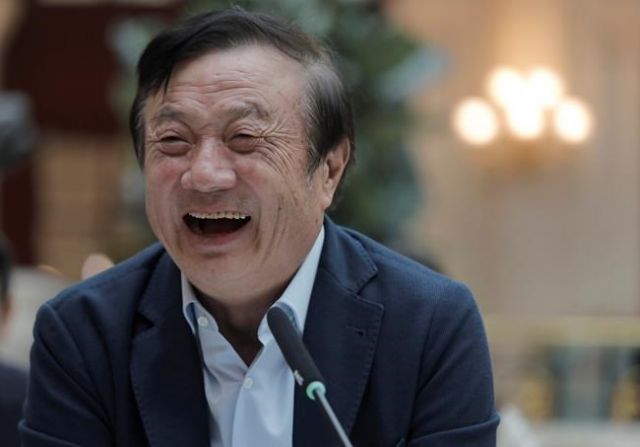 The founder of China’s Huawei, the world’s biggest supplier of network gear to phone and internet companies, says his company would not share secrets about its customers and their communication networks.

Ren Zhengfei spoke in a rare meeting with foreign reporters as Huawei Technologies Ltd. tries to protect its access to global telecom carriers that are investing heavily in next-generation technology.

His comments were the 74-year-old former military engineer’s most direct public response to accusations his company is controlled by the ruling Communist Party or is required to facilitate Chinese spying.

Huawei is China’s first global tech brand. The United States, Australia, Japan and some other governments have imposed curbs on use of its technology over such concerns.

“We would definitely say no to such a request,” said Ren when asked how the company would respond to a government demand for confidential information about a foreign buyer of its telecom technology.

Ren said neither he nor the company have ever received a government request for “improper information” about anyone.

Asked whether Huawei would challenge such an order in court, Ren chuckled and said it would be up to Chinese authorities to “file litigation.”

Huawei is facing heightened scrutiny as phone carriers prepare to roll out fifth-generation technology in which Huawei is a leading competitor. 5G is designed to support a vast expansion of networks to serve medical devices, self-driving cars and other technology. That increases the cost of potential security failures and has prompted governments increasingly to treat telecoms communications networks as strategic assets.

The company’s image suffered a new blow last week when Polish authorities announced one of its Chinese employees was arrested on spying charges. Huawei announced it fired the employee and said the allegations had nothing to do with the company.

Ren is the father of Huawei’s chief financial officer, Meng Wanzhou, who was arrested Dec. 1 in Canada on U.S. charges related to possible violations of trade sanctions on Iran.

Ren said he couldn’t discuss Meng’s case while it still was before a court. But he said Huawei obeys the law, including export restrictions, wherever it operates.

Ren expressed gratitude to Canadian justice officials for their treatment of Meng, who was released on bail and is staying in a house in Vancouver. He also expressed thanks to her fellow jail inmates prior to her release “for treating her kindly.”

“After all the evidence is made public, we will rely on the justice system,” he said. “We are sure there will be a just conclusion to this matter.

Two Canadians were arrested by Chinese authorities on national security charges, prompting suggestions abroad they might be hostages to secure Meng’s release. On Monday, a Chinese court announced another Canadian had been sentenced to death in a drug case after he was ordered retried.

Asked how he felt that Huawei was linked to accusations Beijing took hostages, Ren said he saw no connection between the Canadians and Meng’s case.

Dressed in a blue sport coat and an open-necked light blue shirt, Ren was jovial and animated during the two hour and 20 minute meeting.