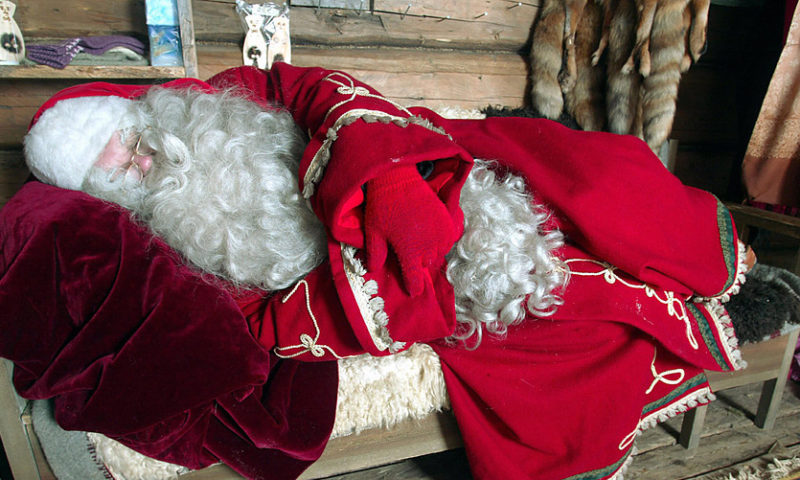 Another brutal week left the stock market with its worst start to a December in 38 years, and a meeting of Federal Reserve policy makers might not offer the relief some investors are pining for when they conclude a two-day policy meeting on Wednesday, says one economist.

How bad was it? Stocks ended a week of often whipsaw trading with a decided move to the downside Friday.

The Dow Jones Industrial Average DJIA, -2.02%  dropped nearly 500 points, leaving it more than 10% below its early October all-time closing high, meeting a widely used definition of a market correction. It joined the S&P 500 SPX, -1.91% and the Nasdaq Composite COMP, -2.26% which were already in correction mode. The S&P and Dow are negative for 2018, while the Nasdaq is clinging to a 0.1% year-to-date rise.

And it’s hardly an auspicious start to a month that’s historically a positive one for equities. Over the first nine trading days of the month, the Dow is down 5.6%, the S&P is off 5.8% and the Nasdaq is 5.7% in the red. That’s the worst start to a December for all three benchmarks since 1980, according to Dow Jones Market Data.

That sounds bad, but it probably isn’t bad enough to convince the Fed to pause when it comes to interest-rate rises, said Tom Porcelli, chief U.S. economist at RBC Capital Markets, in a note.

Remarks by Fed officials, including Jerome Powell, have led some investors to look for the central bank to potentially end the rate-hike cycle after delivering a December increase, but Porcelli argued that still strong economic data meant the debate should be more focused on the merits of policy makers’ expectations for three or more rises in 2019.

And while stock-market volatility has seen a significant uptick, “equities have not deteriorated enough to warrant a pause,” Porcelli said, noting that unlike, say, the emerging-market crisis of 1998 when stocks fell sharply, U.S. equities today are still basically flat year-to-date when it comes to total returns.

“On that basis, it is also worth pointing out that you cannot make the case that there is a negative wealth effect at play that is feeding through to the macro backdrop,” he wrote.

Putri Pascually, managing director at PAAMCO, also argued that investors might be misreading the Fed, noting a “significant dispersion” between the Federal Open Market Committee’s projections on future rate hikes and market expectations.

“If the Fed, focused on a tight labor market and wage increases, continues on its hiking path, don’t bet on fundamentals to save the day,” Pascually said, in a note. “Positive growth on a global basis may not be sufficient to overcome broad based revaluation of risky assets. Macro risks such as a trade war and a hard Brexit continue to add to the ledger of risks.”

Investors will be glued to the Fed’s policy statement, remarks by Powell, and, of course, those rate projections by Federal Open Market Committee members.

Friday’s stock-market selloff was tied to weaker-than-expected economic data out of China and the eurozone, which appeared to offset growing optimism that Washington and Beijing will manage to make progress toward smoothing over trade tensions.

“Last we checked, the Fed is in the business of addressing economic fundamentals, not the musings of a market that seems completely unwilling to acknowledge the incredibly solid U.S. economic backdrop,” Porcelli said.

The Fed meeting dominates the economic calendar in the week ahead, with investors looking for a quarter-point rate increase, which would be the fourth such move of 2018.