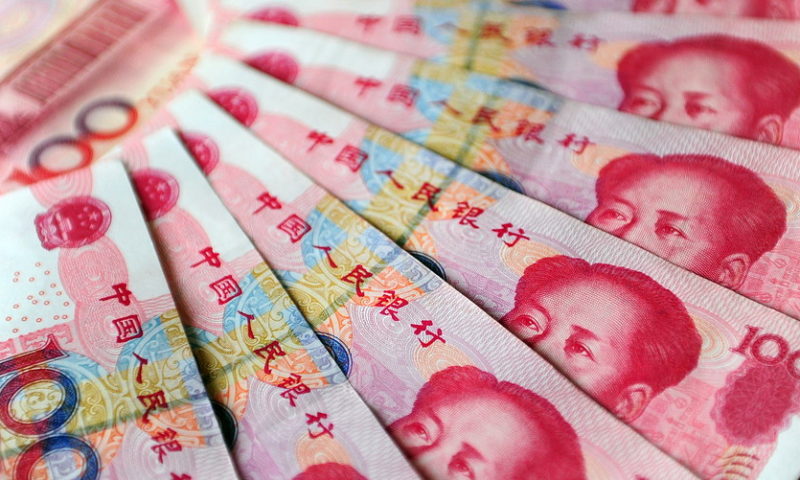 What lesson has China drawn from the devaluation scare in 2015?

Weakness in China’s yuan and already soft equity markets are causing concern among investors haunted by memories of the August 2015 devaluation scare and its impact on financial markets.

On top of that, investors are awaiting third quarter gross domestic product data due at 10 p.m. Eastern on Thursday, which is expected to come in at 6.6%, down from 6.7% prior and at its weakest level since 2009.

Meanwhile, China’s Shanghai Composite SHCOMP, +2.58% closed Thursday’s session 2.9% lower and has dropped almost 25% in the year so far, according to FactSet. According to Capital Economics’ markets economist Oliver Jones, pain could intensify as the outlook for China’s economy and the U.S.-China trade war worsens.

A weak currency, which makes Chinese products more competitive on the global market — and offset some of the impact of U.S. tariffs — could help China stave off some of the slowdown. But as the yuan moves closer toward the psychologically-important 7.00 mark, worries about how authorities will handle the situation are on the rise.

“A steady depreciation of the yuan could help Beijing cushion the impacts of U.S. tariffs by boosting export competitiveness — ultimately supporting economic growth,” said Lukman Otunuga, research analyst at FXTM. “However, such a move is likely to fuel capital outflows, spark fears of a currency war and pressure [other] emerging markets.”

“I think China is trying to walk a fine balance of easing monetary and fiscal policy to compensate for the negative effects of the trade war,” said Danske Bank chief China economist Allan von Mehren in emailed comments. Overdoing it on the easing side, he added, would “risk igniting capital outflows due to yuan devaluation and also delay the deleveraging process too much.”

The yuan USDCNY, -0.0995% USDCNH, -0.0548% briefly touched its lowest level since January 2017 on Thursday after the U.S. Treasury refrained from labeling China a currency manipulator in its biannual report on foreign exchange practices late Wednesday. One dollar last bought 6.9378 yuan in Beijing and 6.9471 yuan offshore.

While the currency has sold off further versus the U.S. dollar than investors may have expected at the start of the year, the move has been widely attributed to market forces. In light of a strengthening greenback DXY, -0.01% particularly in the second quarter of the year, emerging markets including China sold off. The yuan has dropped more than 6% versus the dollar so far this year, both in Bejijng and in the offshore market.

“Regardless, a scenario where the yuan sharply weakens toward 7.00 [yuan per dollar] is poised to fuel concerns over the health of the world’s second largest economy,” Otunuga said, adding that this would weigh on global sentiment with the first casualties from China contagion being Asian emerging market currencies, such as the South Korean won USDKRW, -0.50% Taiwanese dollar USDTWD, -0.2838% and Malaysian ringgit USDMYR, -0.1536% before also hitting equity markets.

The weakness in China’s currency was also the natural result of monetary tightening from the Federal Reserve and easing from the People’s Bank of China, market participants said. But the PBOC’s measures to easing monetary policy and shore up the economy likely won’t bear fruit until the middle of next-year, Jones said.

Von Mehren expects the dollar to move as high as 7.20 versus the yuan in onshore trade over the coming 12 months as the Fed’s tightening and the PBOC’s easing continues to diverge.