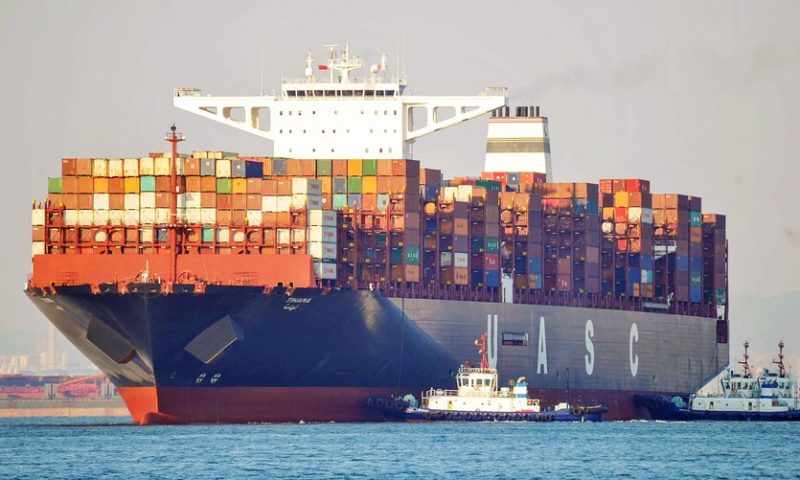 ‘You don’t want to have a big bet on right now, but you want to at least have a little bet on’: Wells Fargo’s Wren

There goes the “hope” premium.

Stock-market investors spent the first four months of 2019 penciling in an easy resolution to a U.S.-China trade tiff. Things have changed.

“While we, like most investors, are hopeful that a trade deal gets done sooner rather than later, we don’t think hoping for the best is the ideal way to invest,” wrote Lindsey Bell, investment strategist at CFRA, in a Thursday note. “The nature of the issues at hand are much more structural and complex than simply addressing a trade deficit.”

That reality was brought home earlier this month as a round of tit-for-tat tariff escalations was accompanied by hotter rhetoric from both Washington and Beijing. The Trump administration’s subsequent decision to effectively blacklist U.S. companies from doing business with Chinese tech giant Huawei — and the specter of Chinese retaliation — ensured investors began to question their expectations for a relatively painless resolution of the U.S.-China trade spat. Instead, they now worry that the battle could signal the start of something deeper — and more threatening to global growth and, ultimately, corporate earnings.

“We don’t think this expansion is over, we think the stock market has some new highs in it…but certainly what you need is better hopes for a deal and you need some more confidence that the global growth story is going to stabilize,” said Scott Wren, senior global equity strategist at Wells Fargo Investment Institute, in a phone interview.

And Wren, like many other market watchers, has had to adjust expectations around a resolution of the trade fight. For some investors, it’s a matter of accommodating the idea that the Trump administration’s goals may be more about containing or even punishing China than getting to an agreement in short order.

“The presumption has always been that the U.S. has wanted to strike free trade deals, with any short-term economic and financial market damage from the tariffs required to create these deals, outweighed by the longer-term gains once the deals are struck and the tariffs removed,” said Steve Barrow, head of G-10 strategy at Standard Bank, in a note. But now investors are facing up to the prospect of long-lasting tariffs, which could cause significant economic uncertainty and changes in trade patterns.

“Many will hope that the U.S.’s trade aspirations revolve around the former policy, not the latter. But acting in hope, when it comes to financial market positioning, is fraught with danger,” he said.

Sounding a more ominous tone, Scott Minerd, global chief investment officer at Guggenheim Investments, warned in a Thursday note that the “war is at hand.”

So, what’s an investor to do? Bell said the threat of a longer and potentially more confrontational dispute is part of the reason CFRA shifted to a more “tactically defensive” stance in early May by overweighting the health-care sector and raising consumer staples to marketweight from underweight.

In the near term, the threat to the market might be centered on the potential blow to confidence from an escalating fight and the threat it might pose to global growth. And with that, there’s a lot of uncertainty about what a long-lasting trade battle would mean for corporate earnings.

The U.S. move to increase tariffs on $200 billion worth of Chinese goods imported to the U.S. went into effect on May 10, after more than 90% of S&P 500 companies had reported first-quarter results and provided updated guidance, Bell said. That makes it unlikely that the tariff increases, much less the potential for an escalation in tariffs to cover all imported goods, has been accounted for in current growth expectations, she said, while noting that economists at S&P Global Ratings don’t expect the May 10 tariff rise to have a significant impact on economic growth if left in place for the rest of 2019.

“Nevertheless, CFRA thinks there is downside risk to the second-half earnings growth outlook,” Bell said, while noting that the downside could be “minimal” if there’s no further escalation in tariffs and if consumers, buoyed by increased wages, higher home prices, more job opportunities, and increased productivity can support U.S. economic growth by absorbing the higher costs of trade.

Wells Fargo has shifted to a more “neutral” stance in its portfolios, but has favored tech, industrials and consumer discretionary sectors, which have outperformed, Wren said. He wants to maintain exposure to economically sensitive sectors on the expectation that the expansion still has room to run.

But the worries about the impact of a protracted trade war and the implications for global growth are the biggest wild card.

“You don’t want to have a big bet on right now, but you want to at least have a little bet on,” Wren said. “It just seems like it could either way, at least in the short term.”

The holiday-shortened week ahead brings a relatively light economic calendar, including a revision to first-quarter gross domestic product data and April trade figures on Thursday. The highlight will likely be personal income and consumer spending data for April that’s due on Friday and will include a look at personal consumer expenditure, or PCE, inflation — the Federal Reserve’s favorite price gauge.

Core PCE is forecast to come in flat, according to a MarketWatch survey of economists.

‘Whiff of U.S. recession’? It’s in the air again amid China trade fallout