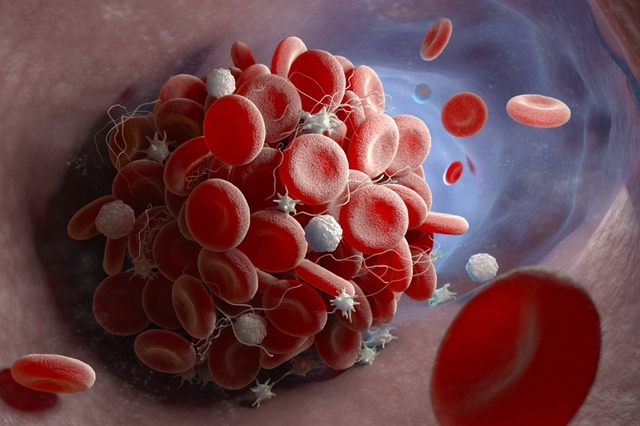 Hemab has raised $55 million to advance a pipeline of bispecific and monoclonal antibodies to treat patients with rare bleeding disorders. The series A round equips Hemab to take its lead program to clinical proof of concept while advancing its vision of becoming a hemostasis and thrombosis leader.

Working out of sites in Boston and Denmark, Hemab put together a series A financing round led by Novo Holdings, HealthCap and RA Capital Management to bankroll its effort to address the unmet needs of people with rare bleeding disorders such as Glanzmann’s thrombasthenia. Benny Sorensen, who recently resigned as SVP of strategic projects at Codiak BioSciences, has taken up the CEO post at Hemab. Sorensen set out the rare disease opportunity Hemab is working to address.

“The way we treat Glanzmann’s thrombasthenia today is pretty much the way we treated hemophilia back in the 40s and 50s. It’s blood transfusions and it’s acute bleed management in its most primitive way. So, a lot of these people with rare disorders have really been left behind,” the Hemab CEO said.

Sorensen contrasted the stagnation in the care of rare bleeding disorders to the waves of innovation in hemophilia, where transfusions have given way to coagulation factor concentrates, bispecifics and soon potentially gene therapies. Hemab wants to bring innovation to diseases such as Glanzmann’s thrombasthenia, Bernard-Soulier syndrome, Factor VII deficiency and Factor V deficiency.

Hemab is keeping details of its lead program under wraps for now but Sorensen spoke in broad terms about the indications it could address and what it could mean to patients living with those diseases.

“The asset that we have is one that can be used in multiple of these really rare bleeding disorders. It’s one that can actually offer them real prophylactic antibody-based treatment, and that generates convenience, consistency in pharmacology—things that right now patients are completely deprived of,” Sorensen said.

Johan Faber and Søren Bjørn cofounded Hemab after working together at Novo Nordisk. Faber spent 12 years at Novo Nordisk, culminating in a spell as head of the global research technologies, protein interaction characterization department. The pair secured exclusive licenses to intellectual property from Novo Nordisk and to Genmab’s bispecific DuoBody platform, teeing them up to work on rare bleeding disorder therapies. Novo Seeds disclosed an investment in Hemab in December.

Faber, who initially occupied the CEO post, has transitioned to the chief technology officer position with the arrival of Sorensen. Bjørn will support Hemab as a scientific advisor. Work will be divided between Denmark, where Hemab will do research and CMC activities, and Boston.

Hemab will advance the lead program while working to expand its pipeline. The pipeline expansion is part of Hemab’s long-term plan to become a standalone biotech that develops and commercializes specialty pharmaceuticals for people with hemostasis and thrombosis disorders. Hemab selected its VCs on the basis that they have the means to provide the support needed to realize that vision.