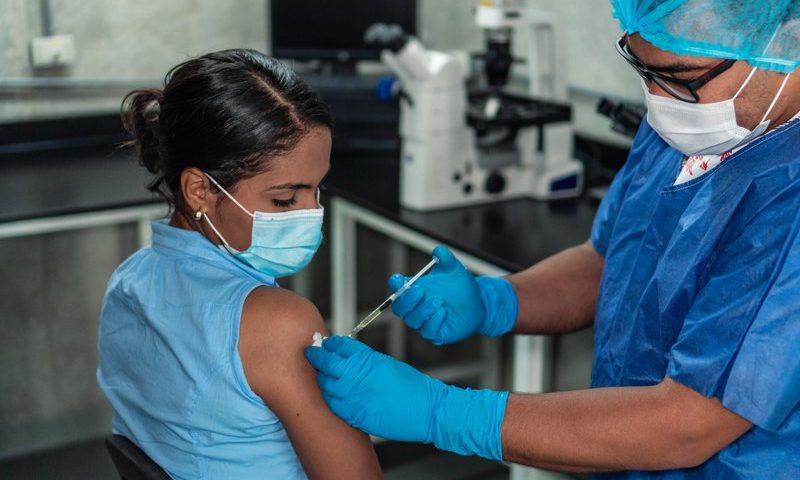 As the world grapples with yet another variant of concern in the global COVID-19 pandemic, a new study shows how Pfizer-BioNTech’s messenger RNA vaccine helps the immune system remember pathogens and elicit large quantities of antibodies. It suggests vaccination could help with potent antibody production despite new iterations of the virus.

The Big Pharma’s vaccine, approved as Comirnaty in the U.S., helps activate immune cells known as T follicular helper cells, which can last for up to six months after vaccination, according to a study from researchers at Washington University School of Medicine and St. Jude Children’s Research Hospital. These cells assist the body in producing “large amounts” of antibodies that get “better and better” over time.

What might be a saving grace as the world faces the highly transmissible omicron variant is that T follicular helper cells are spurred into action by a part of the coronavirus that seemingly has no hand in mutations, including the changes in the latest strain that has sent U.S. cases skyrocketing since Thanksgiving, according to the paper published in the journal Cell.

And when these helper cells do wane, other long-lived antibody-producing cells and memory B cells step in to help stave off severe disease and death, the researchers said.

The findings suggest vaccination is a tool to help produce potent antibodies even as the virus changes, the researchers said. Keep in mind the research is based on 15 volunteers who received two doses of the Pfizer vaccine three weeks apart. The team looked at the volunteers’ germinal centers in their lymph nodes 21 days after the first jab, just before the second dose and again at days 28, 35, 60, 110 and 200 after the initial dose.

“The longer the T follicular helper cells provide help, the better the antibodies are and the more likely you are to have a good memory response,” co-corresponding author Philip Mudd, M.D., Ph.D., assistant professor of emergency medicine at Washington University, said in a statement.

Next up in the research is studying the response to booster doses and whether T follicular helper cells can help identify the reasons people with compromised immune systems, including those with HIV, do not build up a strong antibody response.

T follicular helper cells were also cited by Medicago in a preprint of phase 2 data of its own COVID-19 vaccine, developed in conjunction with GlaxoSmithKline. The plant-derived adjuvanted vaccine, known as CoVLP+AS03, may play a role in helper cell and B-cell maturation, the company said in May. The vaccine notched a 75% efficacy against the delta variant in a phase 3 study, and Medicago asked regulators in Canada last month to approve the shot.

Ovid lands AstraZeneca in a comeback licensing deal, the first in a series