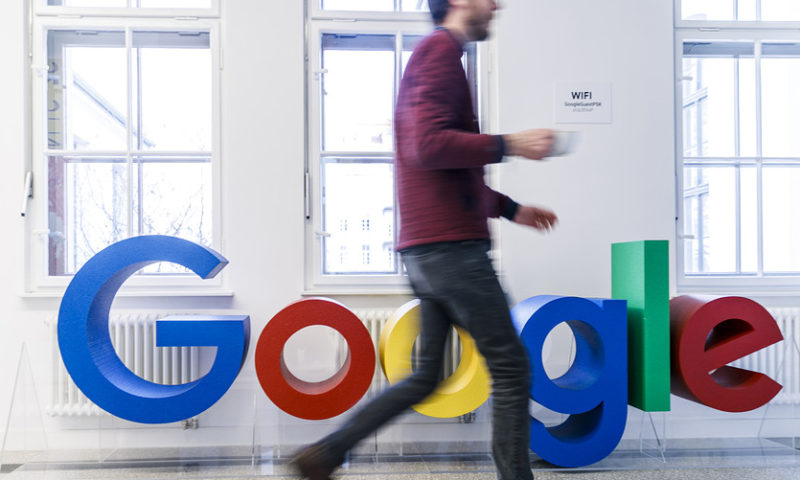 A twist for a tech sector that’s male dominated

Silicon Valley might be packed with men, especially in leadership roles, but Google’s GOOG, +0.11% latest look at its pay parity determined that certain men were getting paid less than women.

To correct that imbalance, the company announced Monday that it has paid out $9.7 million in salary adjustments to 10,677 employees following its 2018 review.

Though Google didn’t specify how many workers in that set were men, the analysis spotted “one particularly large job code” in need of adjustment: the Level 4 Software Engineer.

“Within this job code, men were flagged for adjustments because they received less discretionary funds than women,” Lauren Barbato, lead analyst for pay equity, people analytics, wrote in the blog post.

Pay is based on a model that weighs the market rate for the position, the worker’s location and performance rating. “If managers then want to apply discretion to adjust an employee’s modeled compensation, they must provide a clear rationale,” Barbato said.

The company scrutinized compensation for 91% of its workers, which is the largest data pool since it started the pay reviews in 2012.

The adjustments hardly mean women have the upper hand in pay and representation at Google or the tech sector as a whole.

Google’s workforce is 69% male. Google’s parent company, Alphabet, said it had almost 99,000 employees at the end of last year, according to the New York Times.

The company is facing a class-action case from female workers, who say they were unfairly paid less than men.

As a whole, the gender split for many technology companies is around one-third women at entry level positions, with women increasingly making up less of the ranks higher up the corporate ladder, according to a study from LeanIn.Org and McKinsey & Company.

One study said female managers were paid about 10% less at tech companies across the country.

Pay equity issues are widespread, and can have big lasting financial consequences. Even small discrepancies can result in missing out on six-figure sums over time, researchers estimated.

Google’s dealt with gender issues before, like a walkout last fall over now-discontinued mandatory arbitration for sexual harassment claims. The company also got attention for firing an engineer who said men were better suited for certain tech jobs; the fired worker, James Damore is now suing.

Barbato said the company also looked at discrepancies in salary offers to new hires, making for 49% of the money spent on adjustments.

The pay adjustment information was first shared with workers in January, according to the blog post.

Crypto rally adds $7 billion to total value of all coins