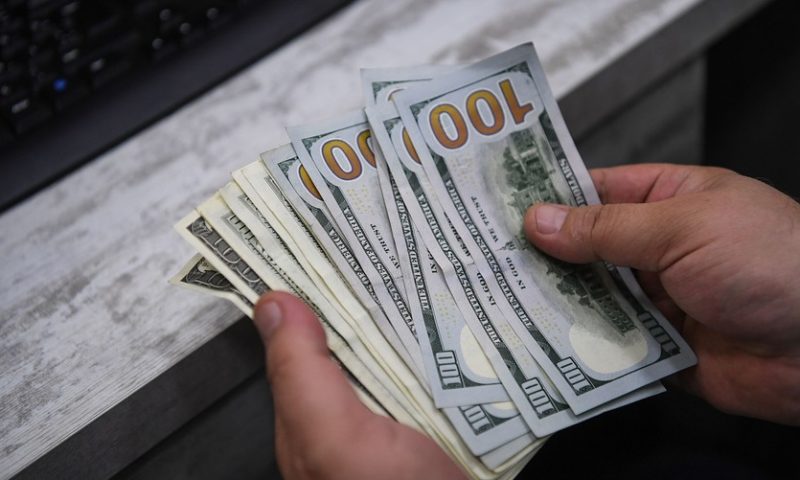 Euro among weakest performers of the day ahead of ECB meeting

The U.S. dollar started the week modestly stronger, amid further optimism on trade and calls for a weaker greenback from President Donald Trump.

The U.S. and China are reportedly inching closer to agreeing a trade deal, as per a report by the Wall Street Journal over the past weekend, which introduced fresh optimism into financial markets on Monday.

“The greenback is currently drawing strength from the latest uptick in U.S. Treasury yields, which are surging on the back of trade optimism, and whose increase amplifies the dollar’s carry appeal via widening interest rate differentials,” said Marios Hadjikyriacos, investment analyst at XM.com, in a note to clients. “Hence, the dollar remains ‘the best of all worlds’ for now, given its unique ability to gain both when trade tensions escalate and when they subside.”

Meanwhile, the buck was unfazed by a weekend speech from President Trump in which he repeated his desire to see a weaker greenback and criticized the Federal Reserve’s monetary policy.

“I want a strong dollar, but I want a dollar that’s going to be great for our country, not a dollar that’s so strong that it is prohibitive for us to be dealing with other nations and taking their business,” he added. He also said that if there were no quantitative tightening the dollar would move a bit lower.

Bilal Hafeez, global head of G-10 FX strategy at Nomura, said Trump’s words alone aren’t enough to bring the dollar down, even though “escalating attacks” on Powell last year did coincide with more dovish Fed policy. However, “that pivot was just as much to do with economic and stock-market weakness as anything else,” he said.

“Where Trump could have a more direct sway on currency is including currency within any trade agreements. There has been speculation that any coming U.S.-China trade deal would include an agreement on limiting Chinese yuan weakness,” said Hafeez, in a note to clients.

The Chinese currency fell some 5% against the dollar last year, amid a broader selloff in emerging markets and worries about trade. On Monday, the dollar was little changed against it, buying 6.7071 USDCNY, +0.0015% in Beijing and 6.7099 yuan USDCNH, +0.1521% in the offshore market.

Elsewhere, the euro EURUSD, -0.0442% fell to $1.1333, compared with $1.1368 late Friday, making it one of the worst performers of the session at a two-week low. The eurozone Sentix economic indicator dropped by 2.2 points in March, adding onto a previous 3.7 point drop, and stressing that market sentiment still has plenty of room for improvement in the currency bloc.

The euro softness also comes in advance of a European Central Bank meeting on Thursday and ahead of speculation that more stimulus for the region in the form of a targeted longer-term refinancing operation (TLTROs) might be announced.

“This might be somewhat premature, as it would be tantamount to an admission that the decision to end QE at the end of last year was a mistake,” said Michael Hewson, chief market analyst at CMC Markets.