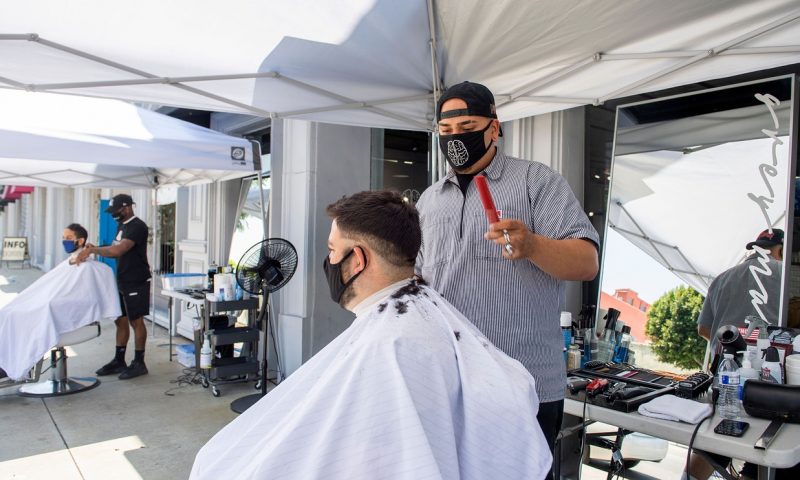 COVID-19 is still raging, traders are starting to bet on “haywire markets surrounding the election,” and the U.S. and China couldn’t even agree to hold a planned meeting over the weekend.

None of that, of course, is denting the stock market to any significant degree. Goldman Sachs became the latest firm to increase its price target for the S&P 500 SPX, -0.01%, boosting its year-end target by 20%, from 3000 to 3600.

Strategists, led by David Kostin, expect the yield on the 10-year Treasury TMUBMUSD10Y, 0.689% to rise, from 0.7% now to 1.1% by the end of the year. That, all things being equal, would be bad for stocks, as it would imply a higher bar on relative valuation to hurdle. But they expect the equity risk premium to decline.

“Changes in the [equity risk premium] are driven by many factors, including the strength of the economy today, the expected state of the economy going forward, and the confidence investors have in that forward path,” they say.

The economy, they say, will rise much faster than the market expects next year, driven by the firm’s expectation of a coronavirus vaccine approved by the end of 2020 and widely distributed by the first half of 2021.

Their earnings-per-share estimates for S&P 500 companies in 2021, of $170, also are above Wall Street’s $165. “Our EPS estimate is driven by higher sales and an expansion in profit margins to 11.4%, back to the level of 2019,” they say, adding it will be uneven, as information technology and health companies will lead the way, while energy and financials struggle.

The U.S. and China delayed their planned talks on reviewing the phase one trade agreement. Over the weekend, President Donald Trump gave TikTok owner ByteDance 90 days to sell the video-sharing app, and when asked whether he would seek to ban other Chinese companies, including Alibaba BABA, +0.09%, he replied, “well, we’re looking at other things, yes.”

New Zealand delayed elections due to the pandemic, as Italy is making mask wearing mandatory. Novavax NVAX, +9.92% said it is starting the second phase of its coronavirus vaccine testing.

The talk continued to be around the release of 13-F filings, which show how the world’s top investors have changed their portfolios, through June 30 at least. Warren Buffett’s Berkshire Hathaway BRK.B, -0.48% bought a stake in gold miner Barrick Gold GOLD, -0.55% while selling stakes of Wells Fargo WFC, +1.11% and JPMorgan Chase JPM, +0.03%, and exiting Goldman Sachs GS, -0.20% altogether.

The economics calendar features the Empire State manufacturing survey and the National Association of Home Builders housing market index. Japan reported a 7.8% drop in gross domestic product in the second quarter, a record decline but also better than industrialized rivals including the U.S. and Germany.

Politics will be a talking point as the Democratic National Convention kicks off Monday night. The PredictIt betting market points to both a presidential victory by former Vice President Joe Biden and the U.S. Senate swinging to the Democrats.

The big overseas move was in China, where the Shanghai Composite SHCOMP, +2.34% surged over 2%.