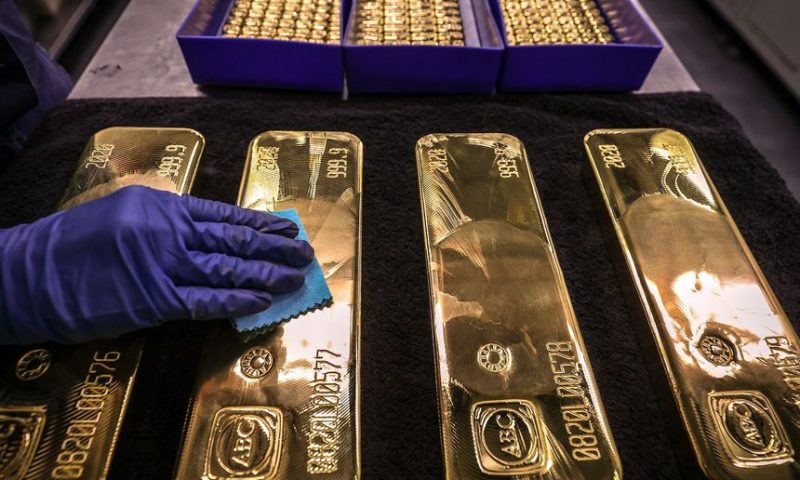 Gold futures kicked off the week with a modest move higher on Monday, recouping just over half what they lost in Friday’s trading session, as traders looked ahead to this week’s meeting of Federal Reserve policy makers.

The Federal Reserve will conclude a two-day policy meeting on Wednesday. No change in policy is expected and Fed Chairman Jerome Powell is expected to continue insisting that interest rates are unlikely to rise before 2022 despite improving economic data and rising inflation fears.

“If Fed Chair Powell were to play down the latest rise in inflation again at the subsequent press conference, gold could profit because this would confirm the impression that the Fed is prepared to accept an overheating of the economy and that it risks falling behind the curve,” said Carsten Fritsch, analyst at Commerzbank, in a note.

Meanwhile, gold prices briefly moved up to turn slightly higher, then moved back down not long after Monday’s release of U.S. durable goods orders for March. The government reported that orders for durable goods rose 0.5% last month. Economists surveyed by Dow Jones and The Wall Street Journal, however, had forecast a 2.2% increase.

Rounding out metals action on Comex Monday, May copper tacked on 2.4% to $4.44 a pound, logging the highest most-active contract finish since July 2011, FactSet data show.

Bitcoin rebounds above $50,000 after a recent string of losses