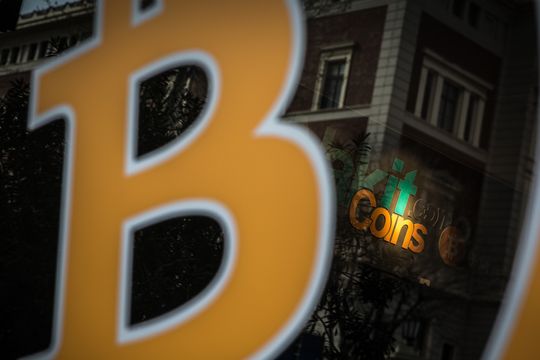 Rebounding from a recent string of losses, bitcoin prices climbed on Monday, hovering above a key level as investors brushed aside news of troubles for a Turkish exchange.

Last week’s pullback for cryptocurrencies came after a period of euphoria surrounding crypto exchange Coinbase’s COIN, +4.44% successful direct listing on the Nasdaq. Bitcoin surged to an all-time high of $64,829 in mid April, only to see prices plunge by $10,000 within days and drop below a key psychological level of $50,000. That said, periods of volatility for the asset are not unusual, given its history.

The fallout was also blamed on reports that President Joe Biden could raise taxes on the wealthiest Americans.

The threat to bitcoin “isn’t over yet as the violation of 50K is a big deal, and some traders have become more eager to sell into rallies,” said Naeem Aslam, chief market analyst at AvaTrade, in a note to clients.

“Very large setbacks” for bitcoin and other digital currencies are normal and should be “expected, not dismissed,” Matt Maley, Miller Tabak & Co.’s chief market strategist told clients in a note. He’s keeping a close eye on what he sees is key support at $52,000, noting that last week’s close below that level was only by a small amount.

“In other words, we’re going to have to see it close further below that $52k level before we can call for a deeper decline than the 12% drop it has already seen,” said Maley. Such a close would leave the cryptocurrency bitcoin vulnerable to $41,000, a high seen in early January, but also a level where it should find “very strong support,” he said.

Investors looked past news from Turkey where authorities have reportedly launched an international manhunt for Faruk Fatih Ozer, chief executive officer for crypto exchange Thodex, who halted payments to clients and left the country.

At least 62 people have been detained across Turkey, and one lawyer for the thousands of investors affected said roughly $2 billion has just “evaporated,” according to a report in Turkish daily newspaper Haberturk. Those claims were disputed by a message on the Thodex website, apparently from Ozer, who spoke of a “slander campaign with inaccurate and exaggerated discourses.” He said only 30,000 accounts have been affected.

That follows a decision by Turkey’s central bank earlier this month to ban the use of cryptocurrencies for payments from the end of April. The Central Bank of the Republic of Turkey cited concerns with “supervision mechanisms,” “central authority regulation,” along with excessively volatile and risky cryptocurrency markets.