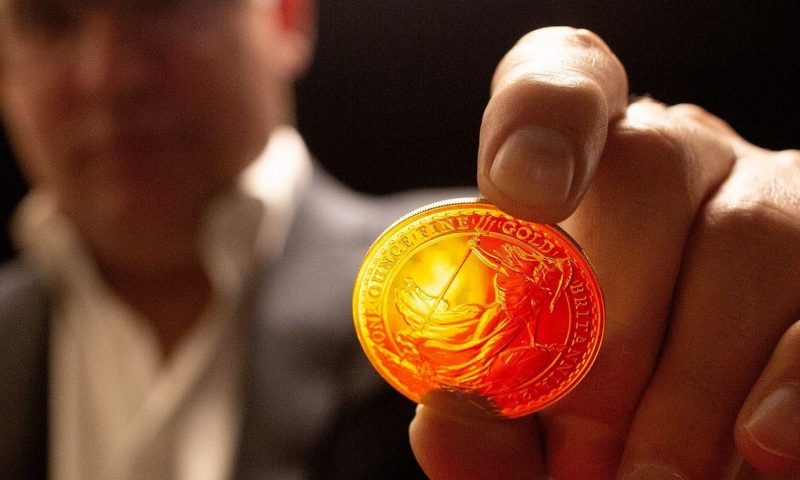 Gold futures dropped back below $1,900 an ounce on Tuesday, with prices marking their first loss in four sessions, as hope for a U.S. fiscal stimulus package faded and strength in the U.S. dollar dulled the appeal of the precious metal.

“Early vaccine hopes are getting dashed” each day and “no one really knows” when additional U.S. stimulus will be announced, Chintan Karnani, chief market analyst at Insignia Consultants, told MarketWatch. “Nervousness over stimulus has caused gold and silver prices to fall. “

However, a number of investors remain bullish on the prospects for the metal in the longer term, amid expectations that wider government budget deficits in the U.S. and other countries will support higher prices for gold and other precious commodities.

“Gold should continue to rise as the stimulus stalemate (in Washington) might only last a little while beyond the election,” wrote Edward Moya, senior market analyst at Oanda, in a Tuesday note.

Markets are closely watching the 2020 presidential election race between Democratic challenger and former Vice President Joe Biden and incumbent Donald Trump, with the latter trailing significantly in recent national polls with about three weeks left before the vote.

Investors anticipate that a fiscal stimulus package to help relieve the economic pressure from the viral outbreak will likely come regardless of the person who sits in the Oval Office, but may be more significant if Biden’s win comes with a broader win for Democrats in Congress—a potential boon for gold.

Analysts say signs of rising cases of COVID-19 in many parts of the world and the reinstitution of some social-distancing measures to limit the spread of the infectious disease could buttress bullion values.

“The Northern Hemisphere is struggling with the fight against COVID and that just means fiscal support is coming,” Moya note.

A pause in a vaccine trial by Johnson & Johnson JNJ, -2.29% also was a focus for investors, highlighting the challenges with bringing to market an effective remedy against the disease.

However, a U.S. dollar that has been strengthening recently and U.S. equity markets that remain a few percentage points from all-time highs, have been serving as a drag on gold’s gains.

The “U.S. dollar has attracted safe haven funds, so the inverse relationship between the U.S. dollar and the commodity has hurt gold,” said David Madden, market analyst at CMC Markets UK, in a market update.

The ICE U.S. Dollar Index DXY, 0.03% was up 0.5% on Tuesday and has gained about that much so far this week. A stronger dollar can make dollar-priced gold more expensive to those purchasing the commodity using other monetary units.