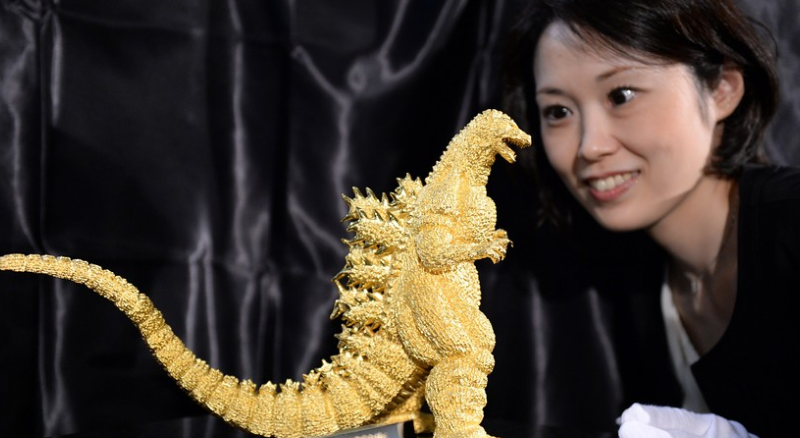 Gold futures lost steam on Friday, ending lower for the session as the dollar strengthened. Prices, however, gained for the week after logging their first intraday climb above $1,450 an ounce in six years.

“Some of the hot money driving prices higher in futures and options has clearly closed out the week by taking profit,” said Adrian Ash, director of research at BullionVault. “Big picture, the switch to weaker interest rates and new stimulus looks set to keep gold on the boil.”

Gold tallied a weekly gain of 1% based on its July 12 close, which represented its sharpest advance since the week ended June 21, FactSet data show.

Comments from New York Fed President John Williams, which have since been moderated by a Fed spokesman, were interpreted as endorsing an aggressive interest-rate cut at the Federal Reserve’s policy meeting later this month and sent bond yields and the dollar lower. Both of those market conditions are seen as supportive for gold gains.

“Markets took this as a signal that the Fed will act with force in July and deliver easing that is over and above what is expected, sending the implied probability for a 50 [basis point] cut soaring,” wrote Marios Hadjikyriacos, investment analyst at brokerage XM.com in a Friday note.

“Accordingly, the dollar fell with US bond yields, as stocks and gold roared higher. Yet, in what seemed like an exercise in damage control, the New York Fed quickly came out to clarify that Williams’ speech was not a signal about July, but an ‘academic’ view instead,”

Still, expectations for a decisive cut to rates was still seen as a strong possibility by markets.

Commodity experts and investors also have pointed to some $13 trillion dollars in sovereign debt that have negative yields, meaning lenders parking money receive less than their original investment, have helped to burnish gold’s appeal as a haven.

Meanwhile, increasing tension in the Middle East have added to the bullish theme for precious metals. On Thursday, news of the U.S. Navy shooting down an Iranian drone always added fuel to gold’s price moves; however, Iran has since denied that its drone was shot down.

“Summer 2019’s moonshot has finally found new interest from private investors in physical bullion,” said Ash. “Gross demand on BullionVault jumped 37% this week from the prior 52-week average. But profit-taking remains stronger, with gross selling 45% ahead of the prior 1-year average.”

Looking ahead, “the thin summer markets ahead could bring some big moves over late July and August,” Ash said.

Gold’s sister metal, silver saw its September contract SIU19, +0.22% settled nearly a half cent lower at $16.195 an ounce after finishing at its highest since June 29, 2018 in the prior session. The metal marked a weekly gain of 6.3% based on last week’s settlement, which would represent the biggest weekly gain since a 10.1% weekly surge at the period ended July 1, 2016, according to FactSet data.

The economy is likely to get a mediocre grade on its next report card, but don’t take it at face value