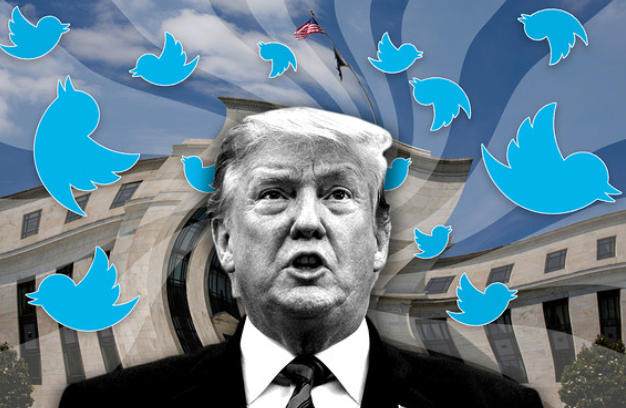 President Donald Trump’s social media war to get the Federal Reserve to adopt an easier monetary policy stance is throwing the U.S. central bank off course, despite the central bank’s best intentions to remain independent, some economists fear.

Trump is having a gravitational pull on the Fed. Markets are now convinced his political pressure for easier policy is working, and this is raising market expectations for Fed rate cuts that might be damaging for the economy if not met.

In this feedback loop, Wall Street’s view on Trump’s persuasion is helping push down bond yields, which are then used to justify interest rate cuts.

“To the extent the Fed cares about what is in market prices, the president has an indirect reach into the Fed,” said Vincent Reinhart, a former senior economist at the Fed and now chief economist at Mellon.

“If Trump can shape market expectations, he can influence the path of policy,” Reinhart said.

The president is also impacting the Fed through his aggressive trade actions that are a downside risk to growth. So Trump is like “two edges of a scissor,” cutting at the Fed, Reinhart said.

The market has fully priced in a July interest-rate cut. The view is that the Fed has to meet those expectations.

“The Fed has to know if they don’t cut rates, it would be chaotic. And can you image the tweet storm after that?” Glassman said.

Glassman and Reinhart see Trump’s pressure as one of the main factors, along with slower global growth, in why the market is pricing in 100 basis-points of easing from the central bank over the coming year.

Reinhart said that up until December, the Fed was serving as a guiding light for the market, projecting continued higher interest rates.

But after criticism from Trump and some in markets, Powell moved the Fed to the “back of the pack,” saying the central bank would be patient and policy would respond to the data.

The problem is the pack has taken off in the direction of easier policy, led in part by Trump and also overreaction to the data, Reinhart said.

Stocks have soared since Powell stepped back. The Dow Jones Industrial Average DJIA, -0.25% is up almost 25% since late December.

The yield on the 10-year Treasury note has fallen 60 basis- TMUBMUSD10Y, +0.00% points since the beginning of the year.

Last week, Federal Reserve Chairman Jerome Powell was seen as having a chance to push back on expectations of a rate cut. Instead, his testimony seemed to downplay the positive economic news since June, including a strong job report, and accentuate the negative.

The Fed chairman cited “cross currents” and “uncertainties” in the world economy including the U.S.-China trade dispute, Brexit and slowing global economic growth and said the Fed was ready to cut interest rates at the end of the month as “insurance” to cushion the economy against rising risks.

After his testimony, markets are now expecting the Fed to cut its policy interest rate by at least 25 basis points at its July 30-31 meeting.

“Some might think, what’s the big deal, the Fed is only contemplating a little insurance. But any move by the Fed, however small, will be seen as validating the futures market view that the Fed will have to cut by 100 basis points by next year. That market view surely is at odds with the Fed’s view. And that’s why the communications is going to be challenging,” Glassman said.

Ward McCarthy, chief financial economist at Jefferies, said that the only thing rate cuts would do would be to temporarily sate the market expectations and quiet the White House twitter account.

“After getting a taste of lower rates, both will want more,” he said.