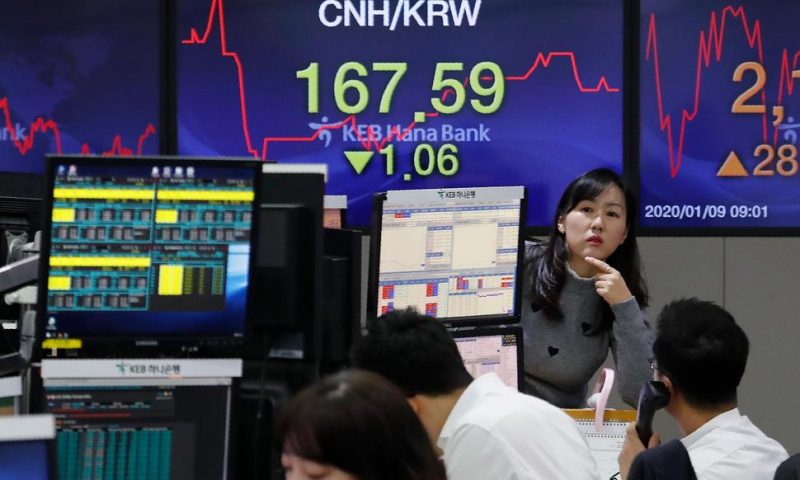 Indexes in London and Frankfurt rose after Tokyo closed more than 2% higher. Shanghai and Hong Kong also advanced, while Wall Street futures pointed to gains on the open.

Markets had largely fallen on Wednesday after Iran launched missiles at bases housing Americans in Iraq in retaliation for the killing of an Iranian general. Anxiety subsided after reports indicated no Americans were killed and President Donald Trump said Iran “appears to be standing down.”

The lack of casualties “gave the markets more confidence that the Iranians had instigated little more than the intention to make a public show of force mainly to save face at home,” said analyst Stephen Innes of AxiTrader.

On Wall Street, futures for the benchmark S&P 500 and Dow Jones Industrial Average were up nearly 0.3%.

Trump said he would add economic sanctions on Iran but the United States is “ready to embrace peace with all who seek it.”

Oil prices rebounded Thursday after first surging on news of the Iranian attack and then falling back once tensions appeared to be easing.

Benchmark U.S. crude gained 43 cents to $60.04 per barrel in electronic trading on the New York Mercantile Exchange. On Wednesday, the contract fell $3.09 to settle at $59.61. It traded as high as $65.65 following the missile attack.