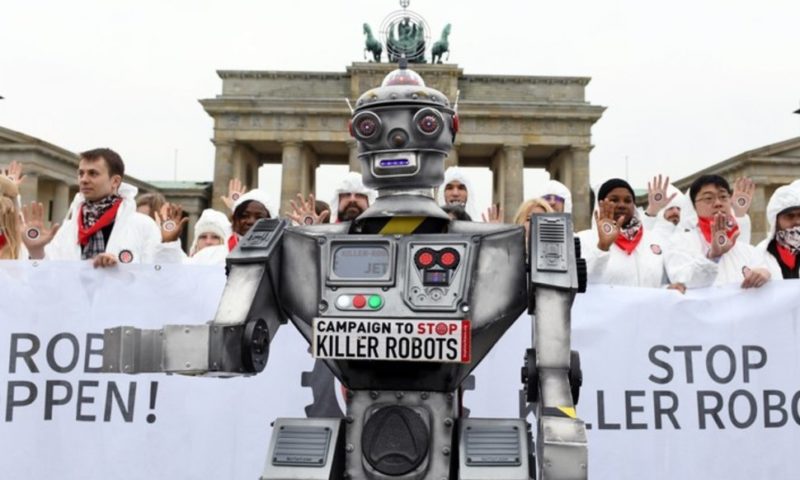 BERLIN – Nobel Peace Prize laureate Jody Williams and other activists warned on Thursday that fully autonomous weapons could be deployed in just 3-4 years and urged Germany to lead an international campaign for a ban on so-called “killer robots”.

Williams, who won the Nobel in 1997 for leading efforts to ban landmines, told reporters Germany should take bold steps to ensure that humans remained in control of lethal weapons. “You cannot lead from the rear,” she said.

Critics fear that the increasingly autonomous drones, missile defense systems and tanks made possible by new artificial intelligence could turn rogue in a cyber-attack or as a result of programming errors.

German Foreign Minister Heiko Maas called last week for action to ensure human control of lethal weapons, but is pushing a non-binding declaration rather than a global ban, given opposition by the United States, Russia and China.

The United Nations and European Union have called for a global ban, but discussions so far have not yielded a clear commitment to conclude a treaty.

Activists from over 100 non-governmental groups gathered in Berlin this week to pressure Maas and the German government to take more decisive action after twice endorsing a ban on fully autonomous weapons in their 2013 and 2018 coalition accords.

They rallied at Berlin’s Brandenburg Gate, with a life-sized robot telling onlookers: “Not all robots will be friendly. Stop killer robots now.”

“If Germany showed leadership and got behind it, we’d soon have the rest of Europe behind it,” said Noel Sharkey, a leading roboticist and co-founder of the Campaign to Stop Killer Robots.

He said it was only a matter of years before fully autonomous weapons could be deployed in battle given rapid advances in artificial intelligence and other technologies.