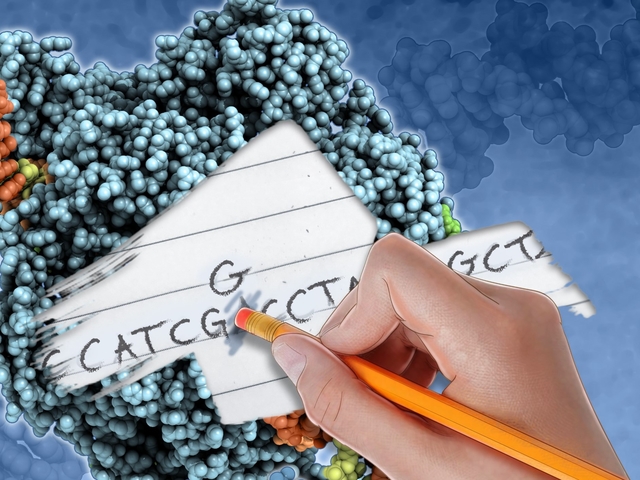 Not all gene editing treatments are created equal—that’s why Beam Therapeutics started out with multiple technologies from the likes of MIT, Harvard University, the Broad Institute and Editas Medicine. Now, it’s adding another arrow to its drug delivery quiver with its $120 million acquisition of GuideTx, a Georgia Tech spinout.

The all-stock deal will see Beam fork over $120 million upfront, but GuideTx shareholders could yield up to $320 million more in milestone payments. Beam is betting that adding GuideTx’s lipid nanoparticle (LNP) drug delivery vehicles to the mix will boost the reach of its genetic medicines into new tissues and disease areas.

GuideTx’s LNP screening technology tags nanoparticles with DNA barcodes, which allows hundreds of nanoparticles to be screened in one experiment, in a single animal. This can help cut down the time it takes to evaluate how the nanoparticles perform in animal models and speed up R&D. So far, GuideTx has identified a library of lipids and lipid formulations that could ramp up the development of gene editing treatments to tissues other than the liver.

“We believe that integrating GuideTx’s proprietary LNPs and high throughput LNP discovery engine with Beam’s base editing, mRNA payloads and manufacturing capabilities will unlock the full potential of our platform to deliver the promise of genetic medicines to the greatest number of patients,” said Julie Sunderland, chairwoman of GuideTx, in a statement.

The new technology joins three delivery methods Beam is developing: electroporation, adeno-associated viruses and LNPs. The company is working on base editing programs that target point mutations—mutations where a single nucleotide base, or letter, is changed, inserted or deleted. Its programs are spread across its three delivery methods, including treatments for sickle cell disease and blood cancers delivered by electroporation as well as liver disease therapies delivered using LNPs.

Cambridge, Massachusetts-based Beam launched in May 2018 with $87 million and license agreements to base editing technology that David Liu, Ph.D., developed in his lab at MIT and to certain intellectual property licensed to Editas Medicine by Harvard, the Broad Institute and Massachusetts General Hospital as well as to some of Editas’ technology. In return, Editas picked up a stake in Beam and will be eligible for royalties on treatments that use its tech. Beam went on to raise another $135 million in venture capital before turning to the public markets in its $180 million IPO in February 2020.

The company tagged the IPO proceeds for IND-enabling studies and clinical trials for “certain” programs in its pipeline, as well as support R&D for its preclinical-stage projects, according to a securities filing.