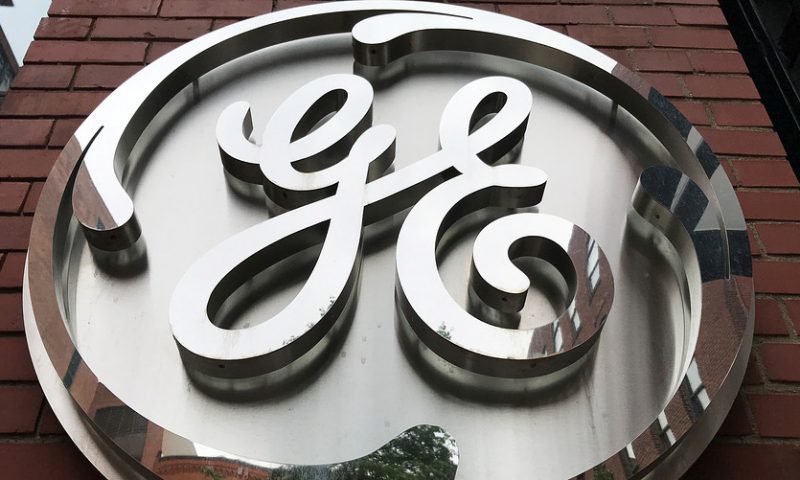 Shares of General Electric Co. swung back into the positive territory in active and volatile trading Wednesday, as the industrial conglomerate’s earnings and free cash flow beats, and raised full-year outlook, helped sustain the streak of upbeat results.

Taking some of the shine off GE’s results, however, the company said Chief Financial Officer Jaime Miller will step down after less than two years in the role. In addition, GE said it expects the negative impact from the grounding of Boeing Co.’s 737 Max fleet to ramp up in the second half of the year.

The stock GE, -0.67%  rose 0.9% in afternoon trading. It has ran up as much as 6.0% in permarket trading, and was up 2.6% soon after the open, then fell as much as 4.5% in intraday trading before starting its bounce. Volume ballooned to 122 million shares, which was nearly triple the full-day average of 43.4 million shares.

If the gains can be sustained through the close, it would be the third-straight quarter that investors cheer GE’s results to set a new upbeat trend for earnings. GE’s stock had climbed 4.5% the day first-quarter results were reported and soared 11.6% after fourth-quarter results. Before that, the stock had dropped on the day of 11 of the previous 13 quarterly reports.

“2019 remains a reset year at GE,” said Chief Executive Larry Culp, on the post-earnings conference call with analysts. “Our year-to-date performance is ahead of our outlook in several areas,” with the power business showing “early signs” of stabilization.

GE swung to a net loss of $61 million, or 1 cent a share, in the latest quarter, from income of $615 million, or 7 cents a share, in the same period a year ago. Excluding non-recurring items, adjusted earnings per share slipped to 17 cents from 18 cents, but were above the FactSet consensus of 12 cents.

Within GE’s business segments, power revenue dropped 25% to $4.68 billion, well below the FactSet consensus of $5.84 billion, while renewable energy revenue grew 26% to $3.63 billion, or well above expectations of $2.37 billion.

For power, GE said it now expects 2019 cash flow to be flat to down, from previous guidance of simply down.

In aviation, CFO Miller said the grounding of Boeing’s BA, -1.81%  737 Max fleet, for which GE makes engines, has negatively impacted cash flow by about $300 million per quarter in the first half of the year. She said the impact will ramp to $400 million for each quarter that the fleet remains grounded.

Separately, GE said it has initiated a search for a new CFO. Miller has agreed to remain in the role to assist with a smooth transition. CEO Culp said that with the company’s stabilization beginning to take hold, “this is the right time for a change.”

Analyst Jim Corridore at CFRA reiterated his buy rating on GE’s stock and his $12 price target. “GE’s turnaround is slowly progressing and we believe the company has a good plan in place to turn around power and focus on renewables, aviation and health care,” Corridore wrote in a note to clients.

GE’s stock has now gained 4.4% over the past three months, while the SPDR Industrial Select Sector exchange-traded fund XLI, -1.12% has tacked on 1.0% and the Dow Jones Industrial Average DJIA, -1.23%  has advanced 2.3%.

“It’s early in a multi-year transformation,” Culp said. He said the “cultural shift” is beginning to take hold, based on “candor, transparency and humility” and with a “hyper-focus” on the customer and seeing GE through the customer’s eyes.