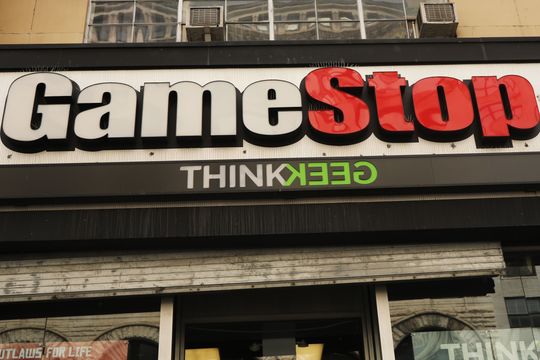 Shares have way more than doubled over the past 10 days

It’s a very happy Monday for GameStop Corp. investors, as the stock powered higher toward the longest win streak in more than a decade.

The videogame and consumer electronics retailer’s stock GME, +24.77% jumped 14.4% in afternoon trading, to put them on track for the highest close since Dec. 7. It has been on a tear of late, as a renewed meme-stock frenzy coincided with rising bearishness.

The stock was on track for a 10th-straight gain, which would mark the third time that streak of gains was accomplished since the company went public in February 2002. The last 10-day stretch of gains ended April 20, 2010, which matched the initial record 10-day streak that ended July 12, 2005.

The stock erased an early intraday loss of as much as 0.3%, before turning higher.

GameStop seemed to acknowledge the stock’s gains, by tweeting about midday “happy Monday” to its 1.8 million followers.

The stock has skyrocketed 122.46% during its current win streak, highlighted by the 30.7% run up on March 22 after a bullish post on subreddit WallStreetBets by user Thump4.

Coincidentally, the latest exchange data showed that short interest, or bearish bets, was 12.66 million shares as of March 22, or 20.1% of the public float, according to data provided recently by S3 Partners. That’s the highest number of shares shorted, according to FactSet, since early March 2021.