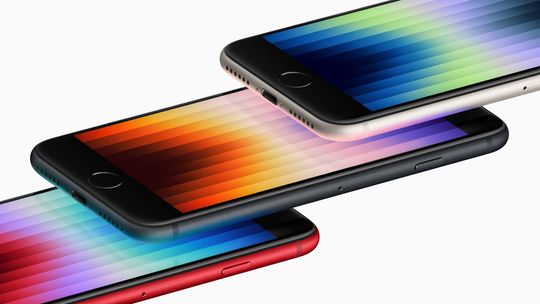 Shares increase for the 10th consecutive session for the first time since 2010, shrugging off report of iPhone SE production cuts to end in the black

On the heels of its milestone Academy Awards victory, Apple Inc. shares notched their longest winning streak in more than a decade Monday.

Apple shares AAPL, +0.50% ended slightly in the black Monday, gaining 0.5%, for their 10th consecutive trading session of gains. The stock picked up its longest winning streak since October 2010, when it also rose for 10 consecutive sessions, according to Dow Jones Market Data.

The small bump in Apple’s share price Monday came despite a report from the Nikkei Asian Review saying that the company intends to make fewer of its new iPhone SE devices than once anticipated. The report, which cites anonymous sources, said that Apple plans to lower production orders by roughly 2 million to 3 million devices for the June quarter.

The company introduced its latest version of the iPhone SE earlier in March, giving the model a faster processor and 5G connectivity. Apple didn’t immediately respond to a MarketWatch request for comment about its production targets.

The Nikkei report didn’t strike Raymond James analyst Chris Caso as particularly concerning, since the June quarter tends to be a slower one for Apple and the iPhone SE isn’t the company’s marquee device.

“Net, we never worry too much about production changes in June, since trends in June are generally not well-correlated to trends for the much more important new phone launch in the second half,” he wrote.

Elsewhere, the company won praise for its victory in the “Best Picture” category of Sunday’s Oscars awards. Despite its slower entry into the world of streaming and a smaller base of nominations, Apple saw its “CODA” film become the first from a streaming service to bring home the top honor.

The win “should significantly bolster its subscriber base while attracting more A+ Hollywood talent to its platform for future projects,” Wedbush analyst Dan Ives wrote. Additionally, he thought that Sunday’s awards success could give Apple executives “more confidence around potentially doubling their content efforts over the next year.”