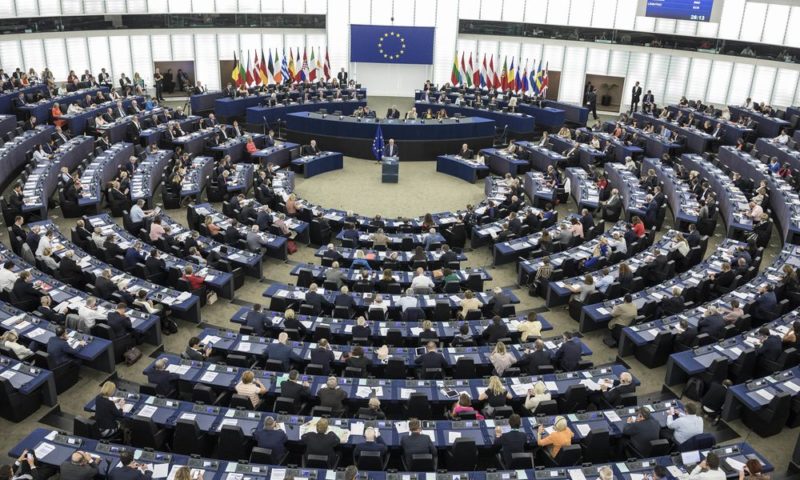 BRUSSELS — The European Union wants to shake up the way internet companies handle media, e-books, digital music, news articles and other content posted online by better protecting the rights of the authors and creators.

EU lawmakers voted to back a report that has proved controversial and seen celebrities weigh in. Beatles member Paul McCartney recently wrote an open letter to the lawmakers to encourage them to back the new rules, while former Fugees frontman Wyclef Jean has publicly opposed it.

Among other things, the report calls for automatic filters of uploaded content that would identify copyrighted material. To give the new system teeth, it would also make online publishing platforms liable for copyright infringement.

German lawmaker Axel Voss, who chaperoned the report through the assembly, said the vote “is a good sign for the creative industries in Europe.” The changes must still be endorsed by EU member states.

Media companies and publishers say the changes would help them get paid for their work. But opponents say they are too hard to put into effect, and might lead to filtering or even greater control over the internet.

They also fear that the new rules would effectively ban parodies and viral internet “memes” that are often based on or inspired by existing songs or movies or other content.

Voss said the text contains provisions to ensure that copyright law can be respected without limiting freedom of expression. Wikipedia and open source software platforms would not be affected.

“We have addressed concerns raised about innovation by excluding small and micro platforms or aggregators from the scope,” Voss said. “I am convinced that once the dust has settled, the internet will be as free as it is today, creators and journalists will be earning a fairer share of the revenues generated by their works, and we will be wondering what all the fuss was about.”

The European Magazine Media Association praised the move as “a great day for the independent press and for democracy,” saying it would modernize the rules without stifling online competition.

But the Computer and Communications Industry Association said it would “undermine free expression online and access to information.”

McCartney and many other musicians had backed the proposals, saying it would help them earn revenue that otherwise would have gone to the dominant tech companies.

But others like Jean have rejected it, saying that working with internet platforms is a bigger financial opportunity than threat for musical artists. World Wide Web inventor Tim Berners-Lee and Wikipedia founder Jimmy Wales have said the changes would lead to automated surveillance and control of internet users.

Some also worry about the cost and reliability of automated filters. Google has spent more than $100 million on Content ID, its copyright management system for YouTube, which has more than 400 hours of content uploaded every minute. But many users complain that the system is inaccurate.