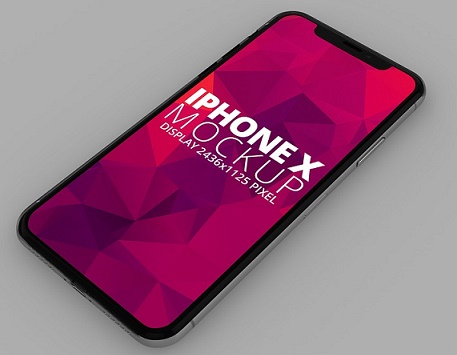 The company expects to derive approximately 50 percent of its annual revenue will the 3 new iPhone models and an updated Apple watch.

Apple cored
Apple is facing growing competition from companies based in the East, where small, innovative startups are pushing product on to the western markets at competitive prices.

The rumours suggests 3 new phones at varying price points, possibly incorporating design philosophies and technologies from the iPhone X, like the edge to edge display and face ID.

Danish cardholders’ details hacked
Hackers have struck again and 14,000 Danish debit cardholder’s details have been stolen on several unnamed websites. As a result, banks are canceling cards as a preventative measure. If the bank believes that a customer’s details have been compromised, they will contact the parson, cancelling their current card and sending a new one. These measures should render the leaked data useless to the fruadsters. The source of the hack remains secret as yet. Kaspar Kock Kristensen, responsible for cyber abuse at Nets, has rejected speculation that the measures have been taken in response to a hack of British Airways that happened between September 21 and August 5.

Rynkeby invests in healthier, juice-filled future
Danish food and drink giant Rynkeby Food has invested in a new juice pressing plant. The decision was made in response to consumers’ growing focus on healthier foods. CEO Peter Frank Andersen feel that the focus on healthy eating and drinking will only grow. These decisions have been made after a change of ownership in 2016 which saw Arla selling the company to the German firm Eckes-Granini. Rynkeby currently sells a variety of fruit drinks and frozen products imported from abroad. The resulting investment has created 50 new jobs.

National Bank calls for more measures to prevent financial collapse
The director of the Danish National Bank, Lars Rohde, is calling for a legislative increase in mortgage prices to bolster defences against a future financial crisis, suggesting an increase in premiums and the required liquidity reserves. Rohde said the increase could be funded by a decrease in shareholder dividends. The mortgage sector accounts for two thirds of all loans in Denmark, thus a collapse could cost the Danish taxpayer large amounts of money as it did in 2008, where the bailout packages amounted to 3,500 billion kroner. However, Ane Arnth Jensen, head of Finance.dk, said the mortgage sector is ‘adequately padded’, suggesting the increase is unnecessary.

Ryanair passenger again hit by industrial action
For the second time in recent months, the discount airline Ryanair has been hit by industrial action – this time in Germany. Pilots have walked out in protest that negotiations with the company have not got off the ground. The airline has confirmed that 150 out of 400 flights from Gemany have been cancelled and that also applies to several with Danish destinations.

From music to news, EU moves to protect online copyright

How to Get an SBA Loan for Your Small Business