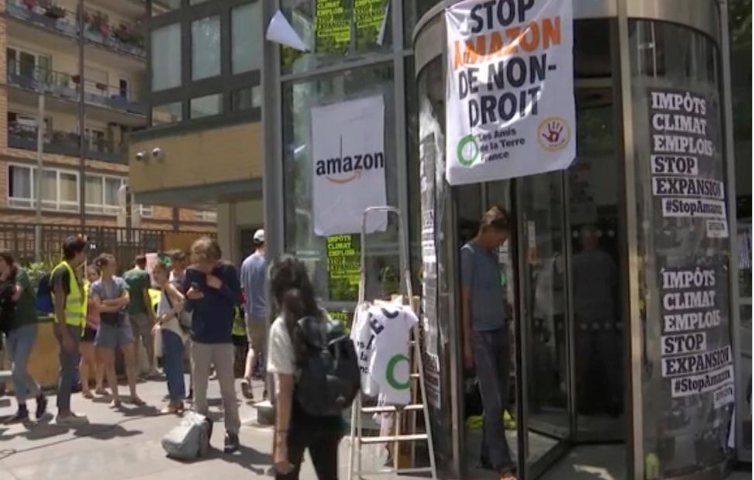 Environmental activists who have joined by some yellow vest protesters are disrupting Amazon sites in France.

PARIS — Environmental activists who have been joined by some yellow vest protesters are disrupting Amazon sites in France, accusing the online company of destroying jobs and hurting the planet.

A few dozen demonstrators climbed a fence and forced their way into Amazon offices in northern Paris on Tuesday, according to images shared on social media. They spoke with employees and staged a sit-in at the security gates.

Organizers oppose three new Amazon warehouses slated to open around France. They accuse the company of killing jobs in local businesses, and exacerbating climate change because of the emissions used in transporting its huge volume of goods.