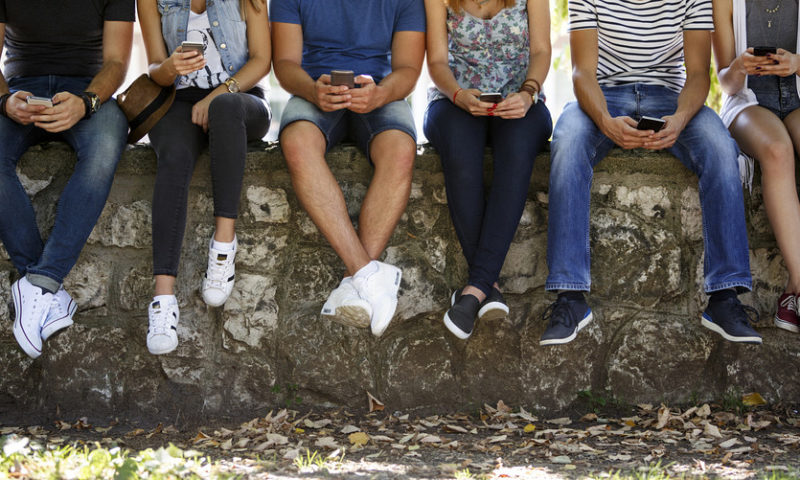 Young people are also lusting after Gucci and Apple products this holiday season.

Some U.S. holiday wish lists crisscross all generations and some, well, don’t.

For the first time, teenagers said they wanted cryptocurrency and Fortnite “V-Bucks” virtual currency instead of cash, gift cards and gas money, according to the “Holiday 2018” consumer report released Wednesday by investment bank and asset management firm Piper Jaffray.

Like many virtual currencies, V-Bucks doesn’t always feel like real money. Fortnite players can buy 1,000 of the V-bucks virtual currency for $9.99. They can use it to purchase items while they’re playing the wildly popular video game, including the “Battle Pass” for 950 V-bucks, and outfits and “skins” for their characters for between 500 and 2,000 V-Bucks.

Fortnite is a multi-player, third-person shooter game for mobile devices, personal computers and gaming consoles. It’s free, but upgrades within the game cost money. The video game has grossed more than $300 million on Apple’s iOS since it was launched on that system in March.

So what else are teenagers craving this year? Piper Jaffray said the No. 1 item on U.S. teenagers’ wish list this holiday season is Apple’s AAPL, +1.11% iPhone. In fact, their top four consumer brands are all Apple products: Apple Watch, MacBooks and Airpods.

iPhones are a powerful status symbol for both children and adults. iPhone owners are 21 times more likely to judge others negatively for having an Android, according to a 2017 survey of 5,500 singletons aged 18 and over by dating site Match.com. iPhone users typically earn higher incomes than Android users.

It may make sense that teens and their parents like the same gadgets. Today’s teens are the products of a hands-on style of parenting — one that involves 24/7 online monitoring and more involvement in their education. Plus, the iPhone is probably the world’s biggest blockbuster device.

Demographers say that such tighter-knit parenting can have an impact on how these teenagers will perceive the world as they become adults. They’ll be more likely to be realistic about their future and to embrace change and, through their smartphones, keep in closer contact with their parents.

If you’re worried about retiring at a stock-market top, this might help