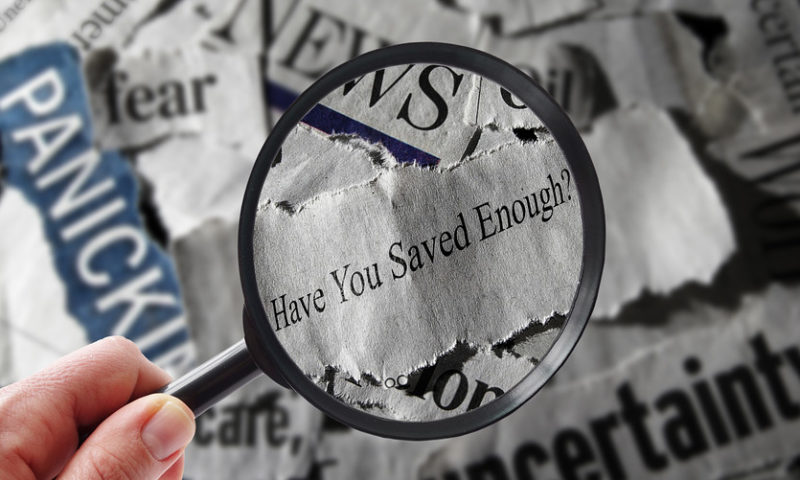 Don’t get caught up in market timing

According to a recent survey, running out of money is one of our biggest fears. Bigger than sickness, death and global warming. With the bull market getting long in the tooth, soon-to-be retirees, in particular, have to be feeling stressed out about their prospects for the Golden Years.

Maybe this will help put some of those fears at ease, at least for those who have bucked America’s saving problem and have actually managed to put a nice chunk of change away for retirement.

For those of you with nothing squirreled away, that’s a different problem altogether.

But back to the savers. Ben Carson of the Wealth of Common Sense blog took a look at what would have happened to the nest eggs of retirees hanging it up right before of three historic stock-market crashes.

And the news is pretty good.

For the exercise, Carson took three hypothetical $1-million portfolios consisting of 60% stocks/40% bonds and assuming an annual withdrawal rate of 4% to find out what would happen over the 30 years that followed each of those epic tops.

Here’s what he found:

As you can see, all three ended up in a strong position despite having embarked on their retirement at the worst possible time, markets-wise. Obviously, the 2000 retirement has some years to go still.

Carson points out that one of the biggest risks in retirement is inflation because it impacts the purchasing power of portfolios over time. To account for that, he also ran the data to adjust for inflation, and this is what he came up with:

“You can see the ending balances aren’t drastically different in the 1929 or 2000 scenarios, but inflation did take a monster bite out of the ending balance in the 1973 start date,” Carson explained, add that the spending rate was ramped up in the early years due to the inflationary climate.

The bottom line: Don’t get all caught up in market timing.

“Retiring just before a stock market peak could be ruinous to your financial health but it doesn’t have to be,” Carson said. “A balanced portfolio was able to hold up using a simple set of assumptions even when our hypothetical investors were extremely unlucky with the timing of their retirement.”