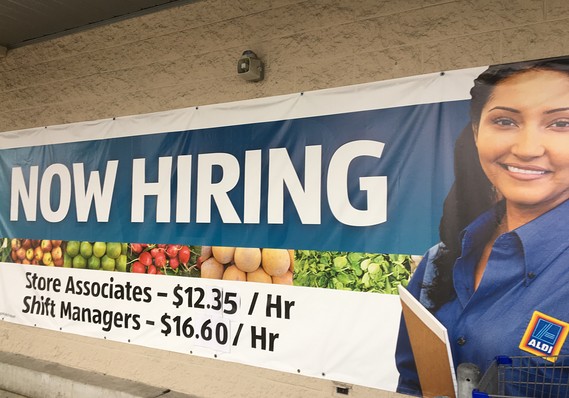 The Fed’s snapshot: Wages and prices moved higher in the Federal Reserve’s 12 districts through mid-October but not faster than a “modest to moderate” pace, according to the latest Beige Book report released by the central bank on Wednesday. Districts across the country reported tight labor markets. Firms were using “non-wage strategies,” like bonuses and lengthy vacation allowances, to recruit workers.

Retailers in “some” districts were able to raise selling prices. They cited higher transportation costs and worried about impending cost increases from trade tariffs.

What happened: Manufacturing reported “moderate output” despite firms facing rising costs for materials and shipping, uncertainties over the trade environment, and a shortage of qualified workers.

In Philadelphia, one firm reported “significant pushback” to its announced price hikes from a major retail customer. Other firms in the district reported difficulty meeting the prices of foreign competitors now that tariffs were in place.

Because of worker shortages, one firm in St. Louis had launched a program to teach foreign-born workers English to prepare them for jobs in the medical field.

In Southern California, hotels were passing along higher costs to guests in the form of one-off surcharges.

Big picture: President Donald Trump doesn’t want the Fed to keep hiking rates, but the central bank isn’t going to pause given the reports of higher wages and prices in this report. Another rate hike in December remains firmly on the table.

Market reaction: Stocks were lower in volatile trading on Wednesday, with the Dow Jones Industrial Average DJIA, -2.41% slumping by 240 points after having attempted a recovery earlier.