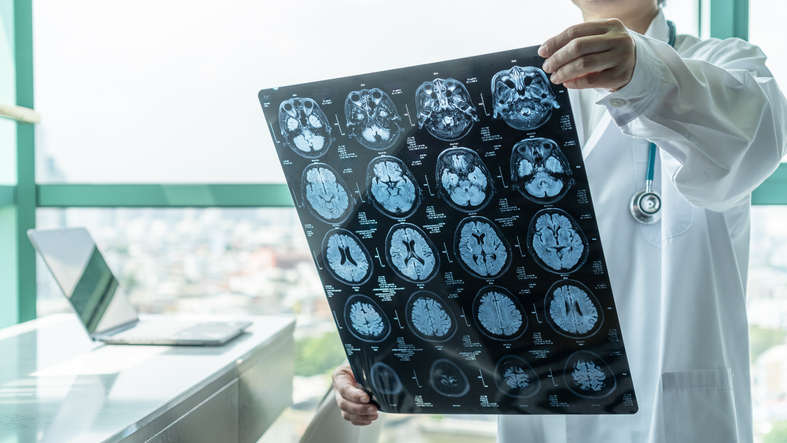 The FDA approved its first nerve stimulation device designed to help people suffering from the lasting effects of stroke to gradually regain control of their arms and hands.

Developed by MicroTransponder, the Vivistim system targets the body’s vagus nerves, which run down the sides of the neck and connect the brain to the heart, lungs and diaphragm. When used during a rehabilitation and exercise regimens, the device’s electrical pulses can help retrain the brain to respond to the body’s motor signals, helping it relearn the commands needed to move the muscles of the upper limbs.

“People who have lost mobility in their hands and arms due to ischemic stroke are often limited in their treatment options for regaining motor function,” Christopher Loftus, M.D., acting director of the FDA’s Office of Neurological and Physical Medicine Devices, said in an agency statement. “Today’s approval of the Vivistim Paired VNS System offers the first stroke rehabilitation option using vagus nerve stimulation.”

The drug-free system includes an implantable pulse generator placed just under the skin, with electrodes connected to the vagus nerve on the left side of the neck.

Healthcare providers can prompt the nerve stimulation wirelessly during rehabilitation exercises, and patients at home can trigger the device themselves by holding a magnet over the device, launching a 30-minute training session.

A clinical study of 108 participants asked them to complete physical therapy exercises consisting of 300 to 400 movements for 90 minutes a day, three times a week, for six weeks. A control group received very low electrical pulses for only the first five exercises performed, while the second group received full nerve stimulation for the entirety of each session.