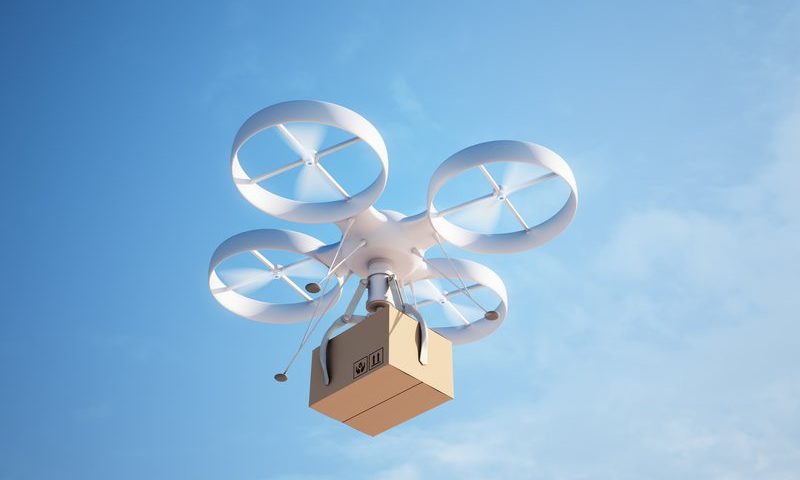 While we may be dreaming of a future where flying drones deliver online purchases and satisfy takeout food cravings within mere minutes, researchers in Sweden are hoping they can be used to outrun ambulances as they respond to heart attacks.

In what they describe as the world’s first real-world feasibility study of drone-based defibrillator deliveries, first responders showed that going airborne helped shave off minutes where time matters most—by dropping the life-saving devices right on the doorsteps of homes in need.

“When a drone arrived before the ambulance it was nearly two minutes quicker,” study author Sofia Schierbeck, of Stockholm’s Karolinska University Hospital, said in a statement. “As drone technology improves it should be possible to increase the number of patients and the time benefits.”

During a cardiac arrest, every minute that passes without CPR or an electric shock from an automated external defibrillator, also known as an AED, lowers the chances of survival, while mortality rates for heart attacks far outside the hospital can reach 90%.

“Emergency medical service response times are getting longer and people rarely have an AED at home,” Schierbeck said. “We believe that novel ways to provide AEDs are needed to increase the chance of survival in these patients.”

The study was conducted within a certain radius of the airport near the city of Gothenburg, the second-largest city in Sweden, with a population of about 580,000. Three drone stations were set up, each with the ability to fly 5 kilometers, with automated flight programs overseen by trained drone pilots.

After emergency dispatchers received a call for a cardiac arrest, they would send ambulances as well as the drones—which, after arriving at the scene, would hover at about 100 feet and lower an AED to the ground by a winch.

Between June and September 2020, drones were dispatched to 12 cardiac arrests, successfully delivering AEDs near the patient in 11 cases and covering a median flight distance of 3.1 kilometers.

About two-thirds of the time, the drones arrived before the ambulance. However, 39 heart attack cases were not included in the study due to factors such as rain and high winds as well as locations being in high-rise buildings or restricted airspace.

“By 2022 we should have drones capable of flying in darkness and in moderate rain. Longer battery life could increase the flight range and the number of inhabitants covered by one drone,” Schierbeck said. The study was presented at the annual congress of the European Society of Cardiology and also published in the European Heart Journal.

“Drone delivery of AEDs could be common practice in the coming years,” she added. “It could also be expanded to other medical scenarios in the very near future, such as delivery of epinephrine to patients with anaphylactic shock or delivery of glucose to diabetic patients with low blood sugar.”