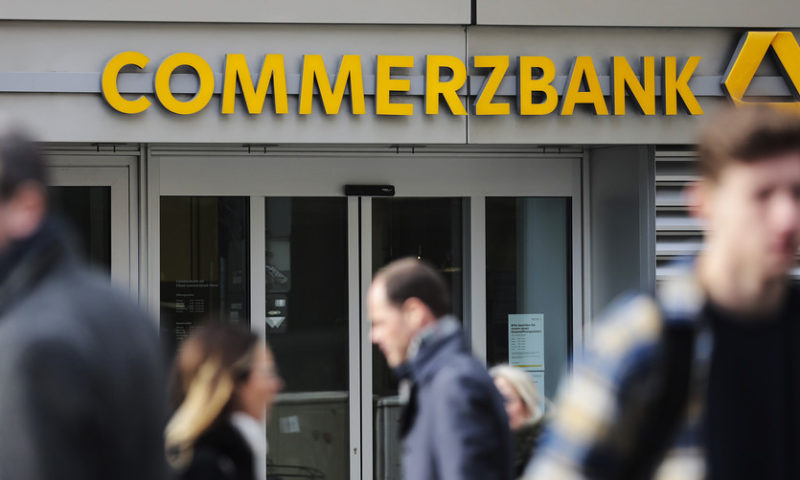 Ryanair, Glencore among other big movers

Shares of Deutsche Bank AG and rival Commerzbank AG jumped after a report said that the two embattled German lenders were engaged in informal merger talks.

The Stoxx Europe 600 SXXP, +0.78% added 0.8% to 373.47 on Monday, after producing a weekly loss on Friday. Monday’s climb represented the pan-European index’s largest daily point and percentage gain since Feb. 15, according to Dow Jones Market Data.

May was set to arrive in Brussels Monday, as the U.K. Prime Minister attempts to renegotiate tweaks to her Brexit plans with commission president Jean-Claude Juncker. On Tuesday, British lawmakers are scheduled to vote on her deal, however May might.

China’s aviation regulator has ordered its airlines to suspend the operation of Boeing 737 Max 8 planes after the crash of Ethiopian Airlines flight 302, leading to 9% drop in the heavily weighted Boeing Co BA, -5.33% Shares of Ryanair Holdings PLC RY4C, -1.82% which uses the 737 Max within its fleet, fell 1.8%

Deutsche Bank AG DBK, +5.12%  and rival Commerzbank AG CBK, +7.72%CBK, +7.72% are back in focus on Monday, after weekend reports that senior management at Deutsche had agreed to informal talks investigating the feasibility of a merger. The former’s shares gained 5% while Commerzbank’s climbed 7.2%.