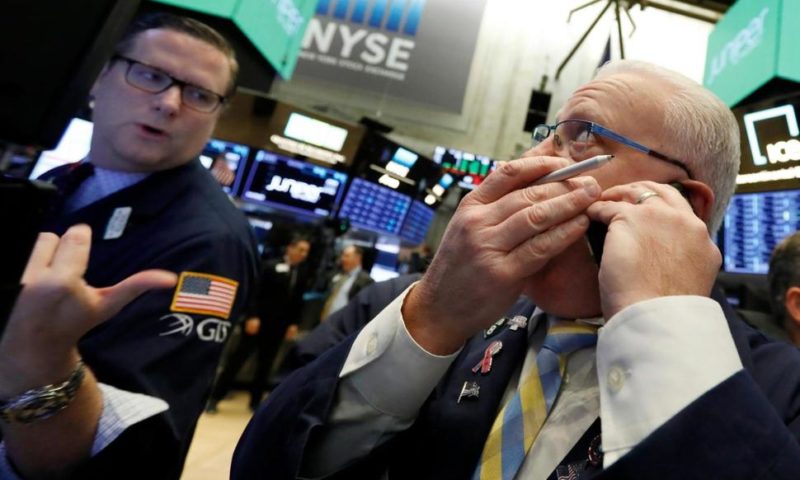 The steepest drop in oil prices in more than three years put investors in a selling mood Tuesday, extending a losing streak for the S&P 500 index to a fourth day.

The steepest drop in oil prices in more than three years put investors in a selling mood Tuesday, extending a losing streak for the S&P 500 index to a fourth day.

Energy stocks led a late-afternoon sell-off on Wall Street after the price of U.S. crude oil plunged 7.1 percent to $55.69 a barrel, the lowest level since December 2017.

Oil has now fallen for 12 straight days, driven by worries over rising oil production around the world and weakening demand from developing countries.

“You have fears associated with the drop in the price of oil probably moving into the equity market,” said Willie Delwiche, investment strategist at Baird. “There’s a knee-jerk reaction when you see oil down that it signals economic weakness.”

Oil prices have been declining as the market adjusts to a drop in demand from emerging markets coupled with expectations for increased supply from the U.S. and OPEC.

“It’s very possible for oil to continue to shoot in either direction until you get that equilibrium,” said Tom Hainlin, global investment strategist at U.S. Bank Wealth Management.

President Donald Trump has been pressing Saudi Arabia and OPEC not to cut production. Saudi Arabia said this week that the oil cartel and allied crude producers will likely need to cut supplies, perhaps by as much as 1 million barrels a day.

OPEC estimated that production increases from Saudi Arabia, United Arab Emirates and Russia, have made up for more than twice the loss of production out of Iran, according to Ritterbusch and Associates, an oil trading advisory firm.

The firm expects that U.S. crude oil will continue to decline to about $55.25 a barrel.

Stocks appeared headed for a rebound early Tuesday after a steep market sell-off a day earlier. Traders drew encouragement from a published report out of China saying that country’s top economic adviser might visit Washington ahead of a planned meeting between Chinese President Xi Jinping and Trump at this month’s Group of 20 gathering in Argentina.

The U.S. and China have raised tariffs on billions of dollars of each other’s goods in a dispute over U.S. complaints about Beijing’s technology policy. The long-festering trade dispute and the added costs it has begun to cause companies have stoked investors’ worries about the future growth of corporate profits.

“There is some good optimism that there is progress on trade at the G-20 meeting later this month,” said Craig Birk, chief investment officer at Personal Capital.

That optimism didn’t hold in the face of the steep tumble in oil prices, however.

“We had overnight strength and strength this morning that then invited more selling,” Delwiche said. “And it’s all in the context with what’s going on with oil, which is making people perhaps more jittery than they would have been otherwise.”

Boeing fell 2.1 percent to $349.51 following published reports saying the aircraft manufacturer didn’t tell airline pilots about features of a new flight-control system in its 737 MAX that reportedly is a focus of the investigation into last month’s deadly crash in Indonesia.

General Electric jumped 7.8 percent to $8.61 after disclosing that it will sell up to a 20 percent stake in Baker Hughes. GE, which has been struggling with sagging profits, aims to raise about $4 billion in cash from the sale.

D.R. Horton rose 2.4 percent to $34.69 after the homebuilder agreed to buy Westport Homes, which builds homes in Indiana and Ohio.