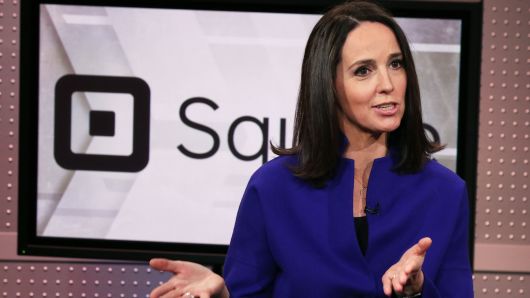 Eventbrite’s first earnings report on Monday could draw the interest of one particular company: Square.

That’s because Square owns a small ownership stake in Eventbrite that more than doubled in value over the past year.

Square disclosed in a public filing last week that the $25 million investment it made in Eventbrite last year has more than doubled in value to $61.9 million. The huge gain helped Square turn its first quarterly profit of $20 million in the third quarter.

The ownership stake adds another reason why some investors are so bullish on Square, whose stock has roughly doubled in price this year. While Square has a healthy core payments business, the investment in Eventbrite shows how it’s diversifying its business in many different ways, including lending and food delivery.

The gains also highlight the business-savvy of Sarah Friar, Square’s former CFO, who recently stepped down to take on the CEO position at Nextdoor, a social-networking start-up focused on neighborhoods. Friar is credited for bring a critical part of Square’s business over the years, helping the company go public.

The value of Square’s ownership stake could change substantially following Eventbrite’s earnings on Monday. Square noted this in its filing last week, saying the investment could fluctuate significantly “due to volatility of the investee stock price.”