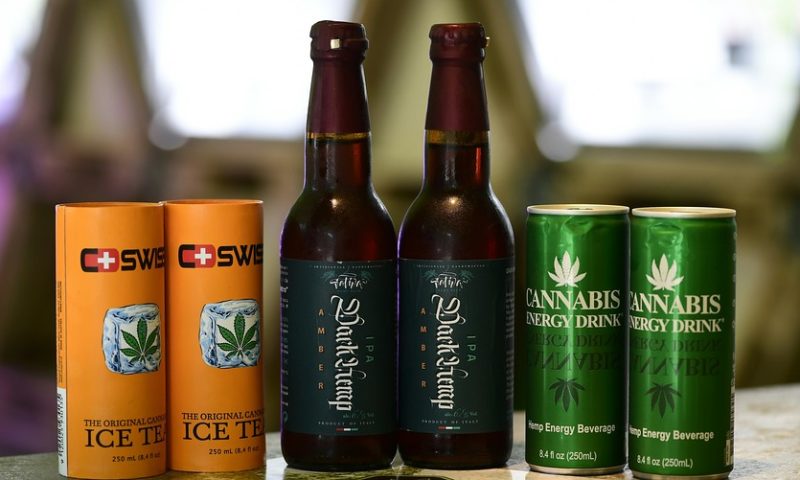 Investors in India Globalization Capital Inc., or IGC, have been riding a roller coaster in the last two months that just fell off its tracks.

The NYSE American stock exchange said Monday that IGC’s IGC, -3.86% common stock would be suspended immediately and the exchange had started the process to delist the shares. IGC, the exchange said, has “substantially discontinued the business that it conducted at the time it was listed or admitted to trading, and has become engaged in ventures or promotions which have not developed to a commercial stage or the success of which is problematical,” according to the press release.

IGC’s biggest move came after the company announced plans for a line of CBD-infused drinks, or those containing cannabinoids, ingredients in cannabis that are said to have health benefits. The cannabis sector was rife with speculators jumping on every announcement of a planned product, alliance, distribution agreement or deal in the run-up to full legalization of cannabis for adult recreational use in Canada on Oct. 17.

A review of the company’s history and regulatory filings by MarketWatch uncovered red flags that undermined its exaggerated claims and demonstrate the importance of due diligence when investing.

NYSE American ICE, -1.18% said the company has “engaged in operations which, in the opinion of the exchange, are contrary to the public interest” so it was “necessary and appropriate for the protection of investors to immediately suspend trading in the Company’s common stock.”

IGC benefited initially from its pivot — it hit its highest closing price of $13 on October 2 from just $2.33 on Sept. 25, the day before the drinks announcement, but then fell back to $4.05 on Oct. 5, a day after MarketWatch initially reported about IGC’s red flags. After bouncing around a bit in a much more narrow range since, the shares closed at $2.49 last Friday.

The MarketWatch story highlighted 10 red flags for the company, including its history of business-objective pivots. IGC started life in 2005 as a blank-check company, but has had a history of switching to new businesses as they become popular and releasing numerous news releases to highlight those business-plan shifts.

In late 2017, IGC tried to attract attention with a blockchain announcement. Announcement of new pivots appeared to be timed with a sale of shares.

Management began looking into the cannabis industry in 2013. It recently claimed to be working on treatments for serious diseases including Alzheimer’s and Parkinson’s, as well as anxiety and sleep disorders.

A review of its regulatory filings reveals that it has assigned very little funding to research and development — roughly $150,000 a year — and none to clinical studies or any of the other steps needed to win U.S. Food and Drug Administration approval.

A spokeswoman for the Alzheimer’s Association told MarketWatch no one had heard of the company or the products and that there is a general lack of any scientific evidence yet regarding for the safety and effectiveness of marijuana and cannabinoid products for treating Alzheimer’s.

NYSE American will apply to the Securities and Exchange Commission to delist the Company’s common stock upon completion of all applicable procedures, including any appeal by IGC of the decision.

A guide to pot stocks: What you need to know to invest in cannabis companies

How much each U.S. president has contributed to the national debt