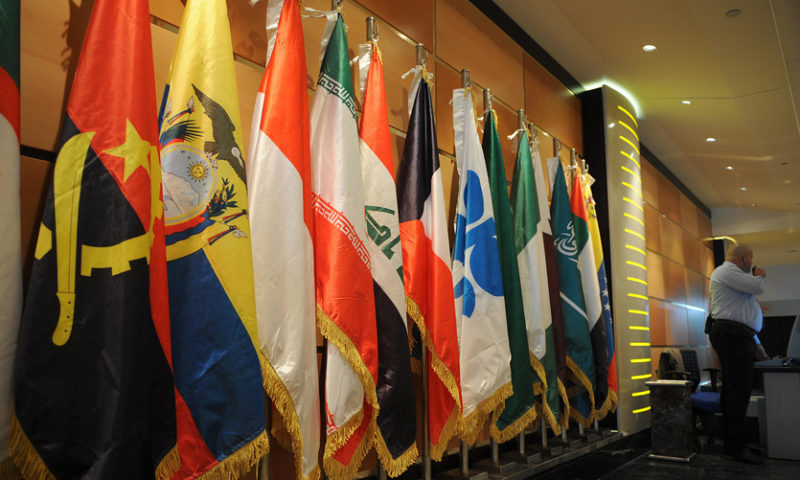 Oil futures finished lower Monday, pressured as losses in the Chinese stock market fed concerns over a potential slowdown in energy demand, even as U.S. sanctions on Iranian oil were expected to tighten global supplies.

Investors pondered whether Saudi Arabia and its oil-producing allies will be able to offset global supply losses anticipated from Iran when those sanctions begin next week.

Recent data has shown that “profits at industrial firms slowed for a fifth month” in China, said Craig Erlam, senior market analyst at Oanda. “The impact of tariffs is gradually showing up in the data and this may be lowering people’s growth outlook for the country and weighing on demand expectations.”

Meanwhile, in recent weeks, rising production and exports between both the Organization of the Petroleum Exporting Countries and non-OPEC counterparts, including the U.S., have been weighing on the market from the supply side, while that heightened stock market vulnerability and concerns for the level of China’s continued consumption have nagged at the demand side of the equation.

“A Saudi pledge to produce as much as possible and the stock market rout has sharply reduced concerns about the Nov. 4 implementation of U.S. sanctions against Iran,” he said.

What’s more, Reuters reported that Saudi Arabia’s Energy Minister Khalid al-Falih told state TV channel al-Ekhbariya that “we (have) entered the stage of worrying about this [latest production] increase,” adding that intervention might be required to return to stability.

On Nymex Monday, November gasoline settled at $1.825 a gallon, up roughly a penny, while November heating oil HOX8, -0.06% fell by 0.8% to $2.284 a gallon. The November contracts for the products expire at Wednesday’s settlement.