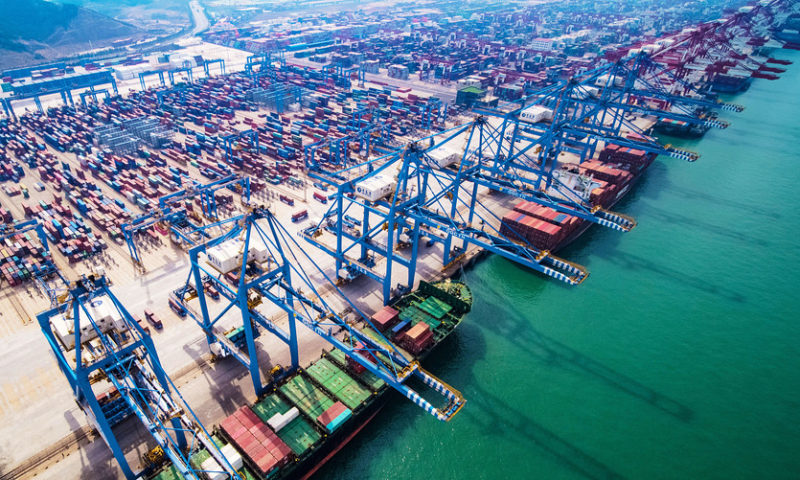 U.S. stocks finished lower Friday for a fifth session in a row, with the Dow notching its longest losing streak since June, after a disappointing jobs report and a slump in Chinese exports added to concerns about slowing global growth.

The five-session skid for the Dow was its lengthiest since an eight-session skid ended June 21, the decline for the S&P 500 was its longest, also at five days, since a similar streak ended Nov. 14. For the Nasdaq, the five days of losses represented its longest skid since April 25.

Investors were caught off guard by a surprisingly weak jobs number after the Labor Department announced the U.S. economy added just 20,000 new jobs in February, well below the 178,000 forecast by economists in a MarketWatch poll.

The unemployment rate fell to 3.8% from 4%, while workers saw an 11 cent-an-hour increase in average hourly earnings, the largest gain since the end of the 2009 recession.

The report follows weak data from China. The world’s second-largest economy reported a 20% drop in February exports after a 9.1% gain in January. Officials blamed the plunge on sagging demand and some distortions from the Lunar New Year holiday. But economists said that even if those two months are added together, the data looked weak.

China’s news adds to concerns about global growth. Investors are still reeling from a more dovish-than-expected European Central Bank, which announced new measures to support a slowing economy on Thursday.

Meanwhile, uncertainty lingered over a U.S.-China trade deal. Washington and Beijing have yet to set a date for a summit to complete any tentative agreement, the U.S. ambassador to China, Terry Branstad, said in an interview with The Wall Street Journal, suggesting more work remains. Branstad said negotiators need to further narrow the gap in their positions, including over enforcement of a potential deal, before any summit.

“Job growth is slowing, no doubt about that,” JJ Kinahan, chief market strategist at TD Ameritrade, told MarketWatch. He cautioned not to read too much into one report, however, given the recent volatility in the numbers, which may be related to the government shutdown and recent extreme weather in the Midwest.

“Job weakness was concentrated in construction and hospitality sectors, which are very dependent on the weather,” he said. “That has contributed to this number being screwy. “

Kinahan also argued that while stock-index futures fell on the jobs news, there was a greater decline following news of weak Chinese exports and comments from the U.S. ambassador to China suggesting a trade deal is not imminent. “This reaffirms that the central story for markets is tariffs and slowing global growth.”

“This [jobs report] will be a bit hard to digest—it’s really mixed,” wrote Mike Loewengart, investment strategist at E-Trade Financial Corp. wrote in a note. “Great to see wages up as that was a sticking point last year. And while the job growth for February leaves much to be desired, its encouraging to see both December and January raised.’ he added.

“Bottom line is fragile employment data potentially signals stagnating growth, which could start to bleed further into other fundamentals like retail sales,” he continued. “Combine this with next week’s CPI data and if that too disappoints it will be a key signal that a slowing economy is a real trend and beginning to consistently show in the data.”

Amid widespread pressure on energy stocks, shares of Exxon Mobil Corp.XOM, -1.43% were among the Dow’s biggest losers, falling 1.4% after being downgraded by Cowen to market perform from outperform.

DowDuPont Inc. DWDP, +0.29%  shares reversed direction to rise 0.3% after the board of the materials and chemicals giant approved the separation of its materials science division, setting up the creation of a new publicly traded firm called Dow. The new firm is set to trade independently on or about March 20.