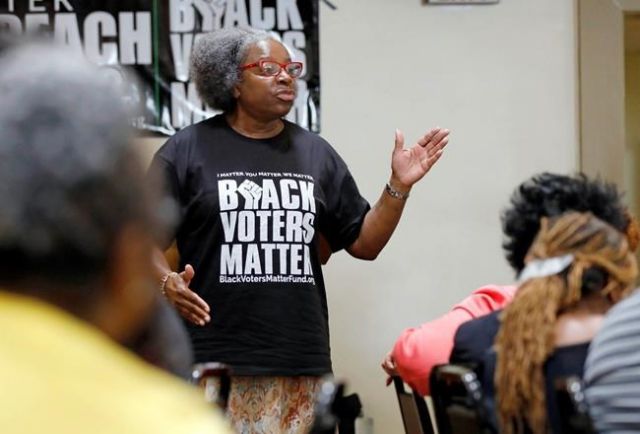 They’re asking pastors to text their congregants about the importance of voting. They’re connecting with thousands of Puerto Ricans displaced by Hurricane Maria. And they’re relying on groups like the NAACP, which has tripled its spending from 2016 to energize black voters.

Less than three weeks before Election Day, Democrats are sparing nothing to make sure their voters head to the polls. It’s all part of an effort to avoid the disappointment of previous elections when low turnout dashed high expectations.

“2016 was a low point for a lot of us,” said Jamal Watkins, vice-president of engagement at the NAACP. “People have awakened and said, ‘Wait a minute, we can’t lose, and we can’t lose like this.’ Folks are fired up to reinvest in turnout.”

Younger voters and voters of colour tend to stay home in non-presidential elections, making the midterm electorate older, whiter and more Republican-tilting. But that could change this year, Democrats and outside groups say, if unprecedented efforts to reach so-called infrequent voters galvanize people who previously sat on the sidelines.

Democrats have reason for optimism: The party saw strong turnout in nearly a dozen federal special elections ahead of the midterms, with Democratic candidates consistently outperforming Republicans.

But the organizing flurry comes amid concerns over ballot access and election security, which have become a flashpoint in the high-profile gubernatorial race in Georgia. There is also mounting anxiety about whether efforts to mobilize Latino voters will translate into votes, particularly in several key races in heavily Latino districts.

The party is spending big to ward against such threats.

The committee is putting an emphasis on turning out African-American women, including running advertising focused on black women ages 18-39 in more than 40 districts. The DCCC has also run Spanish-language TV and radio ads across the country.

Between field efforts and paid media, voters of colour in targeted swing districts will have heard from the DCCC more than 100 times in the closing 60 days of the election. And in a twist, some of the outreach this year will be facilitated by local community leaders instead of anonymous politicos.

The Democratic National Committee also beefed up its voter database, purchasing 94 million cellphone numbers, according to a DNC official who spoke on the condition of anonymity to discuss internal strategy. The official said the additional cellphone numbers have helped with voter contact in key races across the country, including encouraging sporadic voters to participate.

Republicans say they have their own well-organized, well-funded turnout machine that dwarfs Democrats’ efforts.

A Republican National Committee aide said the organization has raised more than $250 million this cycle, invested in 28 states, more than 540 paid staffers and thousands of volunteers who are focused on turning out Republicans who don’t vote often and swing voters who participate more frequently. The committee raised more than $150 million during roughly the same period ahead of the 2014 midterms. The aide said the RNC has made more than 50 million voter contacts, either over the phone or by going door-to-door.

The passport king who markets citizenship for cash